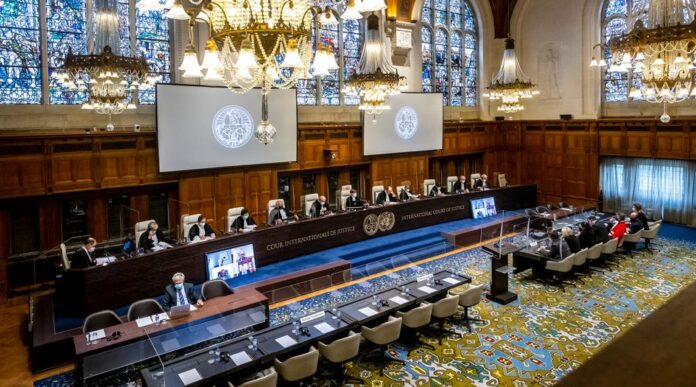 The UN International Court of Justice (ICJ) has ordered Russia to immediately suspend military operations in Ukraine, marking the first verdict handed down by the world court since Moscow began its invasion of Kyiv on February 24.

Vice-President Kirill Gevorgian of Russia and Judge Xue Hanqin of China dissented with the final vote coming to 13-2. The ICJ ruled that Russia “shall immediately suspend the military operations that it commenced on February 24”, the UN said in a statement.

The ruling on Wednesday came in response to a suit filed by Ukraine on February 27, accusing Russia of manipulating the concept of genocide to justify its military aggression.

The Court began its proceedings by recalling that Ukraine had filed an application against Russia on Feb 26 concerning “a dispute” on the interpretation, application, and fulfillment of the Genocide Convention.

Ukraine contended that Russia had falsely claimed acts of genocide against the people of the Luhansk and Donetsk regions and hence declared and implemented a “special military operation” to prevent and punish the purported acts.

The ICJ asked Russia to immediately suspend its attacks and cease all military operations in Ukraine as they were based on Moscow’s stated purpose of preventing or punishing Ukraine for committing genocide.

The judges were unanimous in their order that both parties refrain from any action that might “aggravate or extend the dispute… or make it more difficult to resolve”.