The main revolution for the separate state was continued for three decades from the very day of formation of Utkal Sammilani that lead to the foundation of a separate Odisha Province. The movement was more intensed with the leadership of Utkala Gouraba Madhusudan Das, Utkala mani Gopabandhu Das, Maharaja Krushna Chandra Gajapati, Pandita Nilakantha Das, Fakir Mohan Senapati, Gangadhar Meher, Basudeba Sudhaladeba, Radhanath Ray, Bhubanananda Das, A. P. Patro and many others with the support of the public. The newly formed Odisha consisted of six districts namely Cuttack, Puri, Baleswar, Sambalpur, Koraput, and Ganjam having its capital at Cuttack. John Austin Hubback took the oath of office and became the first Governor of Odisha Province. 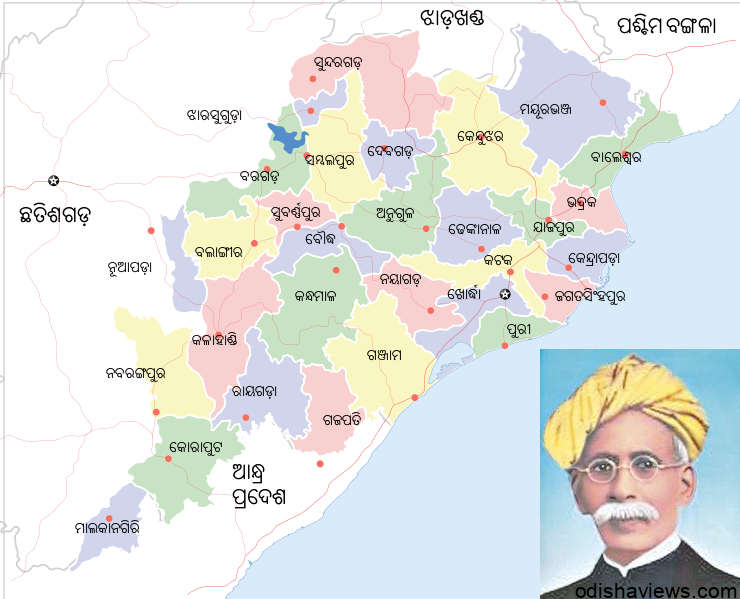