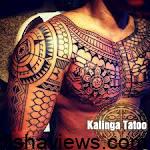 During Spanish colonialism ,Spaniards referred to people of the indigenous population of America as indios. This term is due to the simple result of Columbus’s mistaken notion that he had reached India when he discovered the Americas. As such the Spaniards in their colonial empire most of the people called indios. Here this is not due to mistake only. Actually during Spanish Invasion the civilization developed by Kalingans and their settlement there in Phillipines was developed in such a way that, it was a clear mistake by Columbus. The language , tradition and custom which was heard by Coloumbus regarding India and Indios was purely tallied with the people living there in Phillipines so that he thinks that he reached India, but in actual Kalingan developed civilization and colony which was the master print of Indian culture. Kalinga always the leader of Indian mark of civilization custom and tradition to the world.
In the Kalinga province the people from Tulgao call themselves the iTurkao, meaning the people from Tulgao and they are considered the royal blood of the Kalinga’s. According to legends this is because all Kalinga tribes have their roots in this village. The Kalingan people generally as a tradition seat with whole family and whoever might be there eats together. Language they used term as Taglog and this was a phonetic mistaken (Apavramsa) of Danga+Loka, i.e. people those who are coming through Boat, mean Boat people.

A short history of Tattooing in Kalinga 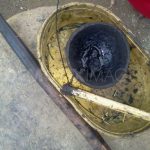 The first time the word tatow appeared in the English language was in the written accounts of Captain Cook’s first voyage to the island of Tahiti in 1769. The word referred to the markings found on the skin of Polynesians. When Magellan arrived on the islands of Samar and Leyte in 1521 and the Spaniards made their way through to the Visayas (a group of Philippines islands just west of Samar and Leyte) they encountered strangely painted, fierce looking men. They called them the ‘Pintados’, or the painted ones (Scott, 1994; 20). Of course these men were not painted but had their full bodies tattooed. In the Philippines the term for tattoos is batuk, which refers to the marking found on snakes and lizards (Scott, 1994; 20). Among the different groups found in Northern Luzon the word batek (in Kalinga), fatek (in Bontoc) and fatok (in Benguet) are all derived from the sound of the tapping of a stick on the tattoo instrument which pierces the skin (Salvador-Amores, 2002;

In 1885 Dr. Schadenberg, a German pharmacist living in Vigan, made three excursions in the in Northern Luzon and noted that: ‘Warriors with five enemy heads to their credit were heavily tattooed and unhesitant about discussing the fact that Spaniards had been counted among them’.
(Quoted in Scott, 1974; 314)
In the early 16th century traditional tattooing is widespread in the Philippines but very little is known or written about the practice (van Dinter, 2005; 85). In these times tattooing was a common practice among the warrior tribes in the Cordillera region including the Kalinga’s.

During the arrival of the Spaniards headhunting and tattooing were being practiced more extensively than in the time of the Americans (Krieger, 1926; 89). During Spanish colonization the Kalinga were a people were head taking was an intricate element of their culture. Killings and counter killings were quite common as were feuds between different villages and regions (Dozier, 1966; 55). The tattoos, earned by a warrior after a successful headhunt, were a symbol of male courage and bravery and had the function of modern day military decorations (Scott, 1994: 20; de Raedt, 1969: 95-100).

In an 1898 article published in American Anthropologist, Daniel G. Brinton takes stock of what is known of the people of the  hilippines in anticipating the annexation of the archipelago to the United States. About the people of Northern Luzon he states: ‘Many of these have never been converted to  hristianity and preserve their ancient customs of tattooing their bodies, filing their teeth and from time to time indulging their ancestral tendency to head-hunting’. (Brinton, 1898; 303).
Many foreign ethnographers reinforced the idea that tattooing was done primarily and solely in connection with the practice of headhunting (Salvador-Amores, 2002; p. 110). Until today much of the tattooing and tattoo designs in the Kalinga province are still best understood
within the context of headhunting. Nonetheless anthropologist Ikin Salvador-Amores (2002) has shed light on the intricate practice of Kalinga tattooing. She shows the roles and functions of the Kalinga batek and how these tattoos are cultural symbols of intricate rituals.
Nevertheless Kalinga society is undergoing revolutionary change due to various processes which will be discussed in this thesis. It’s within this context that we should view the changes that are taking place in the realm of Kalinga tattooing.[ The Globalization of Kalinga Tattoos From the Philippines to the U.S.A. By Tom Kips]

The tattoos for women indicate initiation into adulthood and full participation in the social life of the group. Tattoos signify  cceptance, a sense of belonging, and identity. Daughters of the kadangyan (the rich) members of the community are obliged to have their tattoos when they reach puberty. The pressure of being labeled “different” from the rest of the community is a cause of shame. Batek also indicates permanent differentiation from peers. In different villages, there are stories of how the young girls without tattoos get teased by the young men. The young men would make fun of girls by spitting on their hands, and rubbing these on the girl’s arms. This was probably taken as a sign that the girls were entering a stage of maturity and, as such, obliged to accept their social functions such as getting tattoos or preparing for marriage.

Kalinga Tatoo is a proud cultural glorification which was preserved till date even after thousand years of Kalingan voyage and establish the cultural civilization up to the modern world. Christian missionaries destroyed old Filipino culture and also demise in tattooing is that due to Modern education and Christianity. The younger generation is no longer interested in getting tattooed. Even after ups and downs and invading of Christianity Kalingan still preserved their old age tradition. This culture is predominantly of Kalingan ancient culture which was developed through voyage.
Among the men warrior tattoo is a fashion and important. Kalingan men love the nature and to depict this natural tattoos depicting tree is also a common in the chest. Tatoos depicting unique cultural heritage and expose its great beauty. Kalingans are contemporary headhunter as a old traditional custom. Tattoos are traditionally made by the help of thorn from an orange tree as a tattoo machine. Now a day’s professional tattoo machine replacing old one due to globalization. The design is common among men and women in Kalinga mostly found on the older generation, whereby its mostly tattooed on the upper arms of women. The tattoos are called batek and have been around for thousands of years.

Without actually experiencing the insertion of a needle with ink in the body one cannot feel the real thrilling touch of the tattoo making on the part of the body. There is a tradition after making tattoo one should resist from bathing for two to three days and refrain from eating Non-Veg item in that days. It is also believe that if slaughter of chicken(Kukuda Bali) and splash the blood on the fresh tattoo after washing old blood it will heal fast and without infection due to blessing of God…….

Either it is Tattooing or weaving method of Kalingan, the preservation of culture and glorifying the rich cultural heritage of ancient India [Kalinga] is the glimpse theory of cultural India [Kalinga] .Even after many decades putting the head high. When American Historian commenting European pattern of promoting civilization, they constantly remarks at the cultural vision which was developed by our ancestors in the form of Knowledge not in the form of Master slave Identity. Due to this still our culture stand high in the cross road of modern civilization. //CONTINUED///