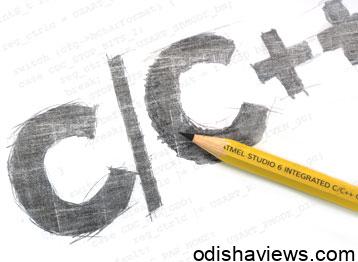 Unlike, the languages like JAVA, C# which fulfill a ready-made need and have clear, finite and limited possibilities, ‘C’ is a language like English! If one masters the alphabets -A to Z, receives a complete grounding in Grammar, the possibilities just extend and extend – one can be a Novelist, a Playwright, a Teacher, a Translator and the possibilities only increase! In the same manner, when we gain the expertise of 43 keywords and 45 operators and are able to advise our own logic, in other words when we became a skilled and creative  ‘C’ programmer, there is only one way to fly high and scale new directions! Fly-by-Wire Technology, which revolutionized Air-Craft navigation, was possible by fusing Futuristic Technology with creativity of Infinite Magnitude! It is possible to do things similarly with ‘C’!

In a world of macho brands like JAVA and C# who are hell bent on changing the place of things in a rapidly changing turbo driven space, it is ‘C’ who emerges as the unexpected EVE, who has stood the test of time. Simply, because when ‘C’ was still an infant, the other brands had not even been conceived or even vaguely thought about. Like Eve, ‘C’ is timeless, trick to an hot array of admirers and researchers fromDennis Ritchie to us who still flock in droves and the mystique continues to this day. C has been used successfully for every kind of programming problem imaginable from operating systems to spreadsheets to expert systems. We use ‘C’ mainly because it produces code that runs nearly as fast as code written in assembly language.