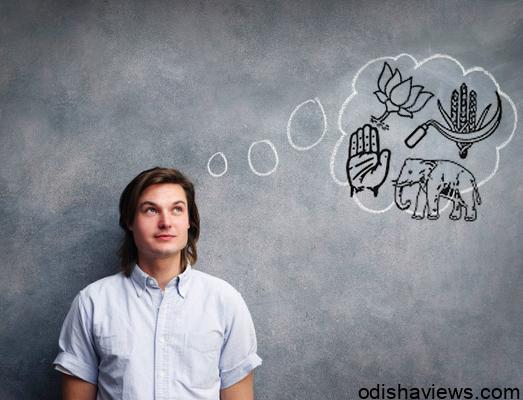 Why Not Youth In Politics???

Politics is the major part of the country. A country can not be exit without making its policies. The people who who made and ruled over the policies is known as politicians. The development of our nation is in their hand. But very sadly it is said that the people who take of our country’s future are becoming more corrupted. Coal corruption,mining corruption 2g scham are the big examples of the corruptions of our country.it is the big headech of the people of india . There is no need of education qualification for pariticipate politics so there are many illiterate people in the politics. They don’t have any idea of rulling the state. They follow always been a process has been driven essentially by the past and there in lies an inherent contradithey in every system.
We always said that the youth are the future of our country.Why they don’t take part in the politics. But the youth generation are not take any interest in it. They always want working in secure job with in a good salary.lots of factor has gone in to this. Increased competetiveness has made people run high profile job. Family pressure also add to it. With family considering politics nothing but an ugly mess….

It is imporment for the youth to realize that it is the policies of today that is going to affect their future. It is also important to engage in political debates and discussion as it leads to building up a common idea or view point. The youth should use the power of politics by particicipating in it. They should provide the knowledge to the rural people for give their essential vote to the right candidate and also encourage to work in social sector/NGO’s for a noble cause. It is also imparative for us to said good bye…from the darkside of the politics. Which is associated with the collage and universities.

These young politicians have an example for the youth.they are moving out room and coffee house and discuss heartly about the democracy of india. The youth are sources of dynamic energy and power.if it go go in the right direction it can do wonder in the present political set up. The leading brights young minds can be used for the progress and development of our nation….