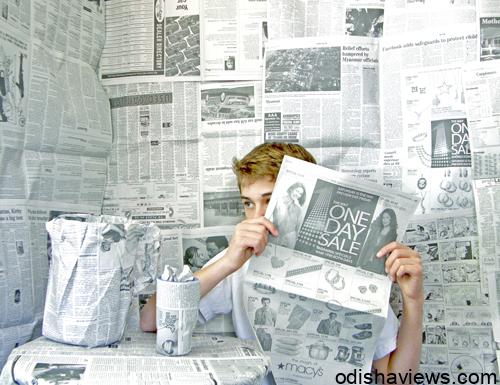 Youth is the greatest wealth and stregth of a nation. The future of nationalize in the hands of its prosperity. The quality of its youth determines the kinds of future. The nation we have to ensure the bright future of a country,there is need to strength and empower the youth. They are the potential energy and considered as powerhouse of a country. Indian youth from the most dominate ethinic variety of the peer group of the world. They constitute about 34% population of the country.
Media is responsible for the communicating information to a vast majority of people. Besically our youth are more influenced by media than other. For youth mass it just like mirror where they can see their own image. Today youth are running very fast along with the time. Because they adopt everything from media very quickly.
A conceptual approach to the field of education to the youth mass. The role of mass in present time is playing the role of yeoman’s services in the field of educational technology to make the human knowledge upto date and systemetic. The mass media in morden time includes radio,tv,films,press,publication, and advertising. The new outlook and innovetive touch to this system has been created new hopes and insipiration among the youth society which has integreted through electronics media to make it more lively and in depth love to live a glaring message to this globalization world.

The educational learners have accepted the introduction of the video recoders,which offers new possibilities for language teaching and learning. The youth mass has approciated its use to form video clubs, video library and video cassettes learning societies. Multimedia pakage have been develop to initiate an alternative strategy by making use of mass media for in cervice teacher education which could cover a large number of teacher simuntaniously. In the service teacher training cources in science for primary school teacher by using a multimedia package develop by a center for educational technology of the national council of education research and training (NCERT) represent a major attempt in this direction.

The media has a strong and cultural impact on youth mass. This predicted upon their to reach and wide audience with a strong and influential message. These has been strongly influences as they have been largely responsible for people’s daily lives and routines. The media executive are quickly defend their role in youth vilonce and while setting millions of dollar in add focused soon in youth. Tv producers, network executives,motion pictures companies and other in the media and impact of their programme on the attitude and action of the youth.
Youth are resources of the society. As the becomes inseparable part of the present day life whose role is meant to give shape to the society . youth can not departed from it. Its single role ia make the youth informed,educated,entertained as well as aware about the change in the society. Now youth are more dependent on media for their daily life as well as media is more established for the contribution towards youth……