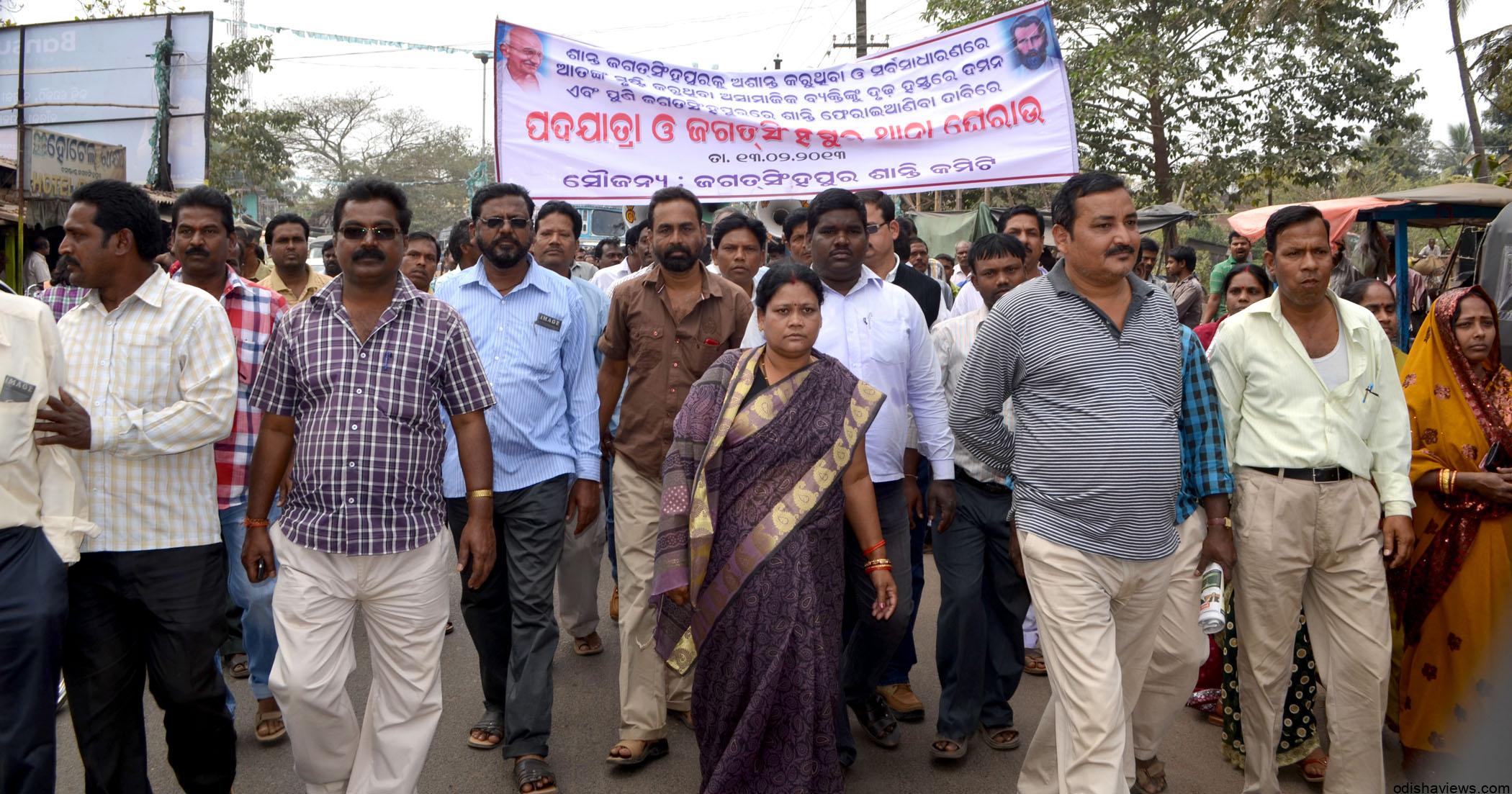 JAGATSINGHPUR  FEB 14.  As many as 15 retrenched employees, who were working in Balikuda hospital since three years in different posts resorted Dharana and protest meeting in front of collector’s office here on Thursday  demanding withdrawal of their removal order and continuance of services.  The protestors included 4 women started their agitation on Thursday morning and sat on Dharana along with All India UTUC activists fumed against district health department who illegally discontinued them from jobs without any validity reason,   the victim employees revealed that they were 3 numbers ambulance drivers, 2 electricians, 3 sweepers, 2 helps desk, 3 security men and 2 washer men had posted in Balikuda hospital on January 2010 by Rogi Kalyana Samiti with due recruitment procedures. The appointed persons  including few women posted for these posts were performing duties respectively in hospital but all as sudden they all put under suspension two months ago, the incident leading them spending  very miserable live.  Meanwhile they had approached district collector and chief district medical officer for seeking their intervention but yielded no results as consequence they resorted Dharana , informed employees leader Pitabasa Senapati. On the other hand district health department pleaded due to paucity of funds accumulating from hospital Rogi Kalyana Samiti these employees were axed from the posts. Later sub collector reached at the Dharana spot and held discussion with agitators and assured them their demand would be met after due consedeartion with health department higher ups then the Dharana was withdrawn at evening, informed Pradipta Ram who was leading the agitation.