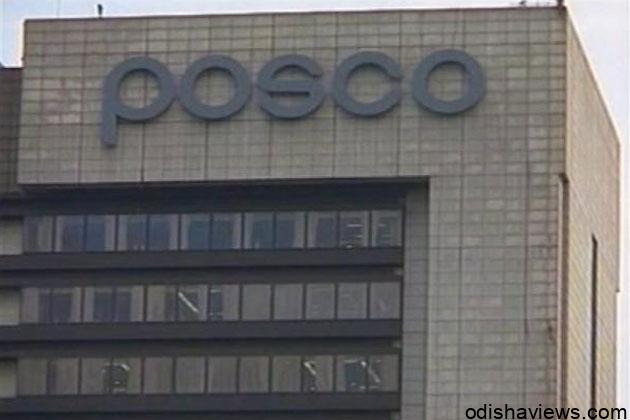 JAGATSINGHPUR JAN 11. Bowing to pressure from the anti Posco opponents and non co operation from the so called project supporters the district administration has halted the proposed cheque distribution to the 26 victims in Govindapur village who had sacrificed lands for the Posco in the year 2010.

Meanwhile the anti Posco outfit has intensified their agitation, the wooden gate which had erected earlier in the Dhinkia outskirts preventing entry of government and police officials to the region has come to operational from Thursday night, anti industry brigade including children and women braving sever cold gathered at the Dhinkia and guarding it round the clock’s and Dhinkia- Balitutha has been disconnected to prevent police men and government officers entry to the area.

Moreover taking the law and order situation police mobilization has been made, about 5 platoons police force have been stationed at Posco transit camp at Badagabapur near Balitutha and no untoward incidents reported so far, in formed S B Bhoi district superintendent of police.

After taking a year break the civil administration attempted resumption of land acquisition in Govindapur village, in its plan to woo the project site people district collector including senior officials had convened meetings with villagers, in this regard three meetings held in three different locations taking villagers separately two weeks ago.
Acting on the villager’s complaint that few land losers who had given land to Posco have yet to receive compensation, administration took the matter promptly and decided to distribute the pending dues of farmers immediately.
At least 7 land losers had received their dues in Nuagaon village, but trouble erupted when civil officials decided giving another 27 such people’s money in Govindapur village.
Responding the event the anti project outfit Posco Pratirodha Sangram Samiti [PPSS] decided to oppose the administration endeavor and staged demonstration and protest meeting in Govindapur village, fearing law and order situation administration deferred the plan, we stopped the cheque distribution and halted land acquisition for few days as the local circumstance was unfavorable once the condition improves we will resume our work, informed a senior district official.

The anti Posco leader and PPSS head Abhya Sahoo said the ongoing land acquisition and distribution of cheque does not enjoy legal sanction, government should stop it, already Posco’s environment clearance matter is pending at National Green Tribunal, so any attempt for Posco work is totally illegal, moreover if government violates own rule then we people will take agitation path for establishing our rights, he maintained.