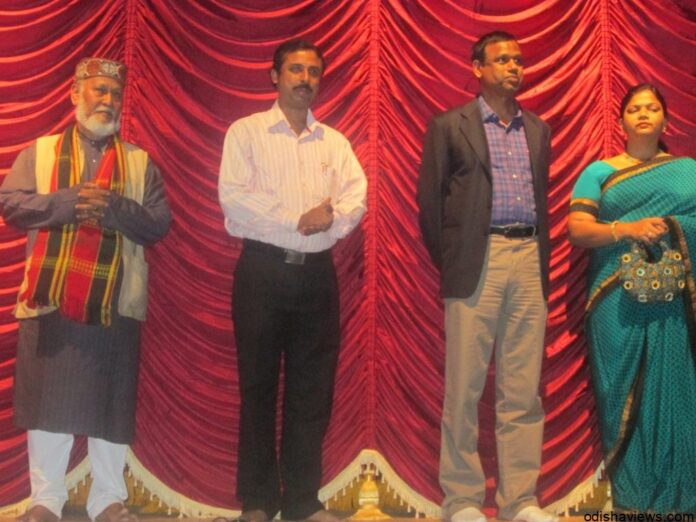 JAGATSINGHPUR Feb 21. The 10th National Theatre Festival which was underway at Paradeep port town in JaydevSadan performed an Assamese play Mahapralaya conceived and directed by National repute theatre veteran Mr Dulal Roy on Wednesday night. A theatre group Rangapeeth from Assam staged the play which received accolades and appreciations from all the visiting audience who witnessed the play.

The play was written by Mr Kulu Saikia, 80 minute long drama was brought to life by 7 young theatre artistes. The contemporary theatrical production was set against the backdrop of an imminent catastrophe that would bring the world to an end in an hour’s time, four friends who came together to spend the final moments of life together ,they recalled various issues of human being and conceived the ideas relating to life, death and eternal love. This off-beat drama was accepted and appreciated by all the audience, Director Mr Roy was credited for staging the play He was with over 80 productions in

Assamese, Hindi and English, like KarengorLingiri, Siraj, Maharaja, Adhe Adhure, The Chairs, Hamlet ,  Waiting for Godot, SandhyaChaya,  Beda Vyasetc to name a few. A Sangee tNatak Akademi awardee, Mr. Roy expressed his immense joy for being part of Canfest- 2013 and congratulated the host organization Canmass for organizing this drama carnival.