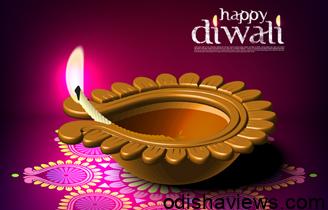 Celebration of Changeover
[dropcap]F[/dropcap]estivals of India having its own meaning and significance to celebrate. The rich cultural heritage of this country can be judged by the way the festivals celebrated here. Festivals here in India are an integral part of people’s life. As per most popular two legends that associate with the worship of Lakshmi on this day are; one is relating to Vishnu and Other is relating to Laxmi. The First one in which Lord Vishnu in his dwarf incarnation vanquished the tyrant Bali, and banished him to Patala. Bali was the great giver and by blessings of Lord Vishnu he allowed to return to earth once a year, to light millions of lamps to dispel the darkness and ignorance. The other one is Lakshmi emerged from Kshira Sagar, the Ocean of Milk, during the great , Samudra manthan ( churning of the oceans).

Diwali or Deepawali is certainly the biggest and the brightest of all Hindu festivals. It’s the festival of lights (deep = light and avali = a row i.e., a row of lights) . Traced back to ancient India the origin of the festival differ to different believe. Hindus, Jains, Buddhists, & Sikhs all are celebrating Deewali for different reasons but one thing is common is the togetherness and the celebration of a new dawn.

It is a belief that, after vanquishing the demon-king Ravana ,Lord Rama along with Sita and Lakshman came back to Ayodhya on this day and the people of Ayodhya celebrate with earthen diyas (oil lamps) and burst crackers. Jain belief saying on this day the great event of Lord Mahavira attaining the eternal bliss of nirvana happened. Sikh’s celebrate Diwali to marks the Chhorh Divis this was when the sixth guru , Guru Hargobind ji relaesed 52 hindi kings out of prison.

One can say the tradition is an older one, but the point of celebration changing according to the time and the belief introduced keeping to the choice and mood of the people.

Kali Puja
In Odisha and Bengal it is celebrated as Kali puja. The belief of the story goes that Kali was created to kill the demon that was ravaging the earth. After she had destroyed all the demons in battle, she began a terrific dance out of the sheer joy of victory (or death)” . Even after the demons are killed and she acting as a savior she has not got proper place in deva loka . Seeing the opportunistic attitude of the Gods she became so angry that, she had gone for mass destruction. Then three worlds or trilokas began to tremble and sway under the impact of her dance. Seeing this all the Gods approaching lord Shiva to do the needful. Lord Shiva asked her to desist from this behavior. However, she was too intoxicated to listen. Hence, Lord Shiva as her husband lay like a corpse among the slain demons in order to absorb the shock of the dance into himself. When Kali eventually stepped upon Shiva, she realized she was trampling and hurting her husband and bit her tongue in shame.

Opening her tongue in shy(Lazza) picture of Maa Kali depicting the beauty of a lady who can care her child as a mother , destroyed the evil when it hurt her child and side by side when excessiveness of anything hurt the world she can change to the right person for right cause. Her open tongue is the beauty of glorification of lazza (Shyness) and how she respect her husband and truth (Shiva).

Maa Kali and Lord Jagannath
What is now termed as Bengal is eventually the Odia culture . Mahakali is the presiding Goddess of the first episode of the Devi Mahatmya. Maa Kali specially Daksinakali preaching in Lord Jagannath temple having its religious importance. Maa Kali steps with right foot and holds sword in left hand she is considered to be Dakshina Kali. According to puranic tradition Lord Jagannath is regarded as Daksinakalika. Goddess Dakshinakali plays an important role in the ‘Niti’ of Saptapuri Amavasya. It is also believed that Goddess Dakshinakali is the guardian of the kitchen of the Lord Jagannath Temple.

Odisha is the promoter country of Indian Culture to the ancient world. There’s not much different about Diwali Festival Celebrations in Orissa. But the way the forefathers recalled to join with the celebration and then moving towards salvation or Mokshya is definitely a unique one. All the members of the household gather together just after dusk. Rows of oil lamps, earthen Diyas, candles and lanterns adorn the thresholds of all houses. A rangoli of a sailboat is made on the ground to justify and celebrate the ancient Kalingan (Ancinet name of Odisha) voyage . The boat has seven chambers. Over the drawing of each different chamber several items are kept – cotton, mustard, salt, asparagus root, turmeric and a wild creeper which were the main trade item of Kaligan voyage . Over the central chamber are the offerings meant for prasad. Perched over the prasad is a jute stem (Kaaunria kathi) with a cloth wick tied around the edge. It is lit at the beginning of the puja. All members of the family hold a bundle of jute stems in their hands. Lighting their respective bundles from the flame on the rangoli, they raise them skywards chanting: 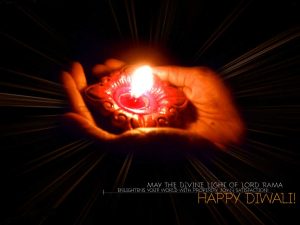 “Bada badua ho, andhaara re aasa, aluwa re jaa. Baaisi pahaacha re gada gadau tha.” “O forefathers, come to us in this dark evening, we light your way to heaven. May you attain salvation on the 22 steps of the Jagannath temple of Puri.” 22 steps may be regarded as to get salvation Mokshya from rebirth one has to go step by step. Oh forefather wherever your soul may be , we are inviting you to come in darkness of life but sure ,we are giving you the light path of salvation Mokshya through the perfect way to the Lord Jagannath who is the Lord of Universe.

From Darkness Unto Light…

In each legend, myth and story of Deepawali lies the significance of the victory of good over evil; and it is with each Deepawali and the lights that illuminate our homes and hearts, that this simple truth finds new reason and hope. It is a celebration of changeover. Inviting Laxmi mean cleanliness is the foremost object. Houses are colored , business man renew their old records , certain states are also celebrated it as New Year and all this is having going From darkness unto light to feel the freshness. The light that empowers us to commit ourselves to good deeds, that which brings us closer to divinity. During Diwali, lights in any form illuminate every corner of India and the scent of incense sticks hangs in the air, mingled with the sounds of fire-crackers, joy, togetherness and a celebration of hope and a new changeover.