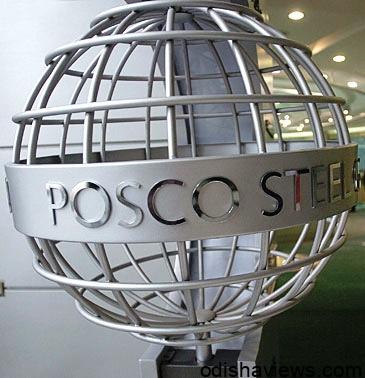 JAGATSINGHPUR Apr 03. A large number of anti Posco villagers including women and children organized a protest meeting at Mangalapada under Dhinkia Grama Panchayat on Wednesday evening and renewed opposing the proposed Posco plant and demanded immediate withdrawal of police force from the Govindapur village.

Sources informed that after administration abruptly halted the land acquisition from early February for the first time such massive congregation of Posco opponents were noticed in proposed Posco site , Posco Pratirodha Sangram Samiti [PPSS] was organized the stir.

Speaking on the protest meeting anti Posco leaders reiterated the National Green Tribunal [NGT] has scrapped the environment clearance to Posco on March 31 last year for which state government has no right to do anything in favour of South Korean steel major, Posco has no valid MoU with Odisha government, interestingly Odisha chief minister Naveen Patnaik is dancing to the tunes of Posco people following influence of Congress led UPA government. The fight with both state and union governments would be started if administration restarted the land acquisition and we are pledging not to yield an inch of our lands to the Posco, anti Posco leader vowed.

The anti Posco stir has sounded not only in country but in international level for which the South Korean company has been blamed for its anti farmer policies and anti Posco voice is getting louder when several important issues yet to be resolved.

The repeated demand of anti Posco villager’s withdrawal of the police camp from Govindapur village as it is contributing to escalating tension in the area has been less responded in government level. Our demand to begin a judicial probe in to the Posco site blast that claimed three project opponents on March 2 totally ignored by state government even the deceased ‘s kin were disregarded getting compensation on humanitarian grounds and proper medical help to the lonely injured now undergoing medical treatment at SCB Medical College and Hospital Cuttack.

The villagers are unable to move freely and live in fear of harassment and arrest by police, meanwhile the situation has also affected villagers livelihood particularly residents of Dhinkia village so we were unable to tolerate such harassment and decided to renew our agitation against Posco till our last breath and threatened administration to face dire consequence if restarted the land acquisition for Posco, the anti Posco leaders lauded in the protest meeting.