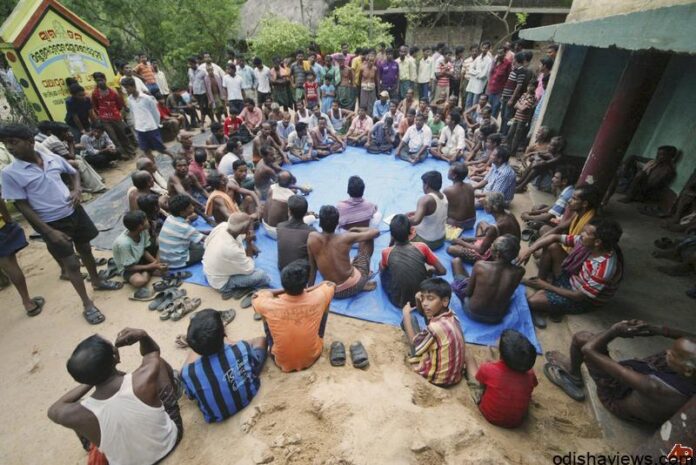 JAGATSINGHPUR Feb 09. Amidst civil administration discontinued its land acquisition process and the anti Posco brigade continues their agitation, in a major twist a group of Govindapur villagers met district collector and superintendent of police on Saturday and apprised them giving protection to the land loser betel vein owners and requested to restart the land acquisition in Govindapur village which was halted from Wednesday.

The villagers led by prominent pro Posco leader Nirbhaya Samantray, Ranjan Bardhan and Kishor Parida met district collector S K Mallick at his official residence here on Saturday afternoon and submitted a memorandum. The villagers opposed any move withdrawal of the police force from Govindapur village,, they apprehended that once men in uniform could withdrawn, the village will come under control of the anti Posco people and they will restart their own rule in village as consequence the betel vein givers will be victimized we want safety and protection of these victims however the presence of police in village have brought some sort of relief and confidence among villagers.

According to the villagers informed that collector and superintendent of police heard our grievances and assured police force would not be withdrawn from the Govindapur village and administration will take suitable attempt protecting villagers from the wrath of anti Posco brigade.