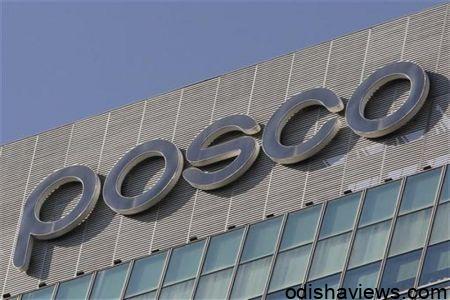 JAGATSINGHPUR Jan 03. In a significant development Jagatsinghpur district administration held a meeting with the proposed Posco site Govindapur villagers at Paradeep circuit house on Thursday, the meeting studied the ground realities and grievances of the villagers and discussed the several issues affecting project work. The meeting was chaired by District collector S K Mallick along with superintendent of police, special land acquisition officer, additional district magistrate Paradeep, officials from Posco and IDCO including project site villagers Nirvaya Samantray , Baina mohanty, Ashok Bardhan were participated. The villagers said they would not oppose the project work reiterated that their demand to fulfill their six point charter of demands and adequate compensation for the Posco victims before launching of the project work. However villager’s leader Nirvaya Samantray claimed convening RPDAC meeting urgently to sort out the Posco deadlock, Ashok Bardhan a pro project leader said 27 people who had sacrificed their betel veins in Govindapur village in the process of land acquisition for the project in the year 2010 yet to get compensation. After taking a patent hearing from the villagers collector informed state government is ready to start the project work soon after taking villagers in to confidence and their demands are under active consideration at government level, moreover villagers perennial demand convening the RPDAC meeting soon is not possible, as the Posco matter is still pending at National Green Tribunal for getting environment clearance. However collector informed that the South Korean steel major Posco wants to launch several CSR activities in project site villages so collector sought villagers support and assured the land losers will get their compensation very soon. On turn few attending villagers quipped the administration has been giving them such assurance but nothing has materialized so far till date, moreover anti project villagers from Govindapur village described , the meeting was a futile exercise by administration amidst Posco fate is hanging in balance at National Green Tribunal, we are opposing any sort of project work and planning a massive protest against Posco, said Sisira Mohapatra, a prominent anti Posco leader.

Facebook
Twitter
Pinterest
WhatsApp
Previous articleIFFCO bags appreciations and awards for its outstanding performance in 2012
Next articleA political activist at cross road..looking for the street light