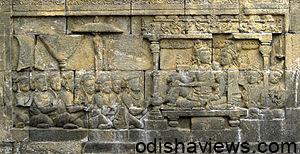 Kalinga Voyage and Religious Civilisation
To mark Kalinga merchants who used to set sail on high seas in pursuit of maritime glory. On Kartik Purnima Day traditional Bali Yatra Festival observed. Which is reminiscent of Orissa’s maritime links with Suvarna Dwipa of by-gone days. To mark this, colorful paper boats are floated in tanks, rivers, or sea reminding the present generation of their glorious maritime past.

Kalinga was a maritime power in ancient times and Kalidas in his Ragbuvamsa referred to the King of Kalinga as “The Lord of the Sea”(Mahodadhipati). The Aryamanjusrimulakalpa, a text of Mahayana Buddhism, refers to “All islands in the Kalinga Sea” (Kalingaodresu). It seems from these accounts that the eastern sea or the modem Bay of Bengal[Mahodadhi] was known in the past as the “Kalinga Sea” being dominated by the ships of Kalinga. A portion of Java island was then known as Ho-ling which is interpreted as a variant of the word ‘Kalinga’. Similarly, the people of Tri-Kalinga who colonized Burma, are known as Talaing. Bali and Java were important centers for the spread of Indian culture led by Kalinga in the front. To explore the ancient tie with ancestor’s home an Indonesian scholar, Dr. I.G.P. Phalgunadi, who visited Orissa, was very pleasantly surprised at many instances of similarity between the culture and lifestyles of the two people including their graceful dance forms, art, and handicrafts, temples, monuments and distinctive style of architecture, tie and dye, weaving technique and elegant textile designs, specialties of their cuisine, and the tranquil spread of their coconut fringed golden beaches.

In 664 CE According to I-tsing, a Chinese Buddhist monk named Hwi-ning had arrived in Kalingga[ Holing ] of central Java of Indonesia and stayed there for about three years. During his stay he translated numerous Buddhist Hinayana scriptures., and with the assistance of a Holing monk Jnanabhadra(Gyanabhadra). Kalinga existed between the 6th and 7th centuries. Kalinga was one of the earliest Hindu-Buddhist kingdoms established in Java. The historical record of this kingdom is scarce and vague (may be due to the non patronage of the Hinayana fold of Buddhism), and comes mostly from Chinese sources and local traditions.

The kingdom was ruled by Queen ShimaIn 674 CE who is praiseworthy for her Great Character of truth and Honesty, and fierce law against thievery, which encouraged her people to be honest and uphold absolute truth. According to tradition, one day a foreign king placed a bag filled with gold at the intersection in Kalinga to test the famed truth and honesty of the Kalinga people. Nobody dared to touch the bag that did not belong to them, until three years later when Shima’s son, the crown prince, accidentally touched the bag with his foot. The queen issued a death sentence to her own son but was overruled by a minister that appealed to the queen to spare the prince’s life. Since it was the prince’s foot that touched the bag of gold, so it was the foot that must be punished through mutilation. Queen Shima’s great-grandson is Sanjaya, who is the king of the Sunda Kingdom and the Galuh Kingdom, and also the founder of the Medang Kingdom.

The Medang Kingdom and Sailendra Dynasty 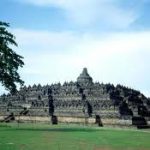 Sailendra (Sanskrit: Lord of the Mountain) or officially Sailendravamça (Sanskrit: Sailendra dynasty) is the name of an influential Indonesian dynasty that emerged in the 8th century Java.
The Sailendras were coming from the ruling family of both the Medang Kingdom of Central Java for some period and Srivijaya in Sumatra. Calendars were active promoters of Mahayana Buddhism and active builders of Buddhist monuments, including the world famous Borobudur Temple. The dynasty appeared to be the Borobudur, or Barabudur(In Odia it may be called as Bada+Bandar=Big Dock Yard), is a 9th-century Mahayana Buddhist monument in Magelang, Central Java, Indonesia. 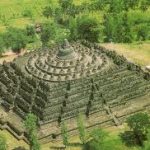 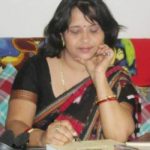