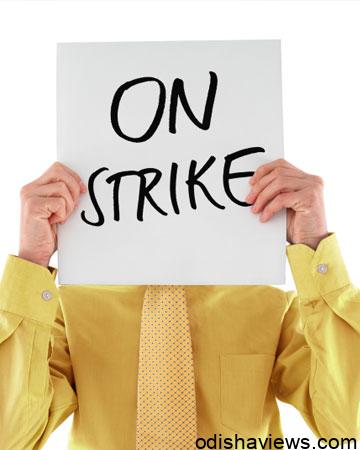 [dropcap]I[/dropcap]n India, no one section of the community seems to miss an opportunity to go on strikes. Almost, everyday we read in the news papers of someone or the other going on strike, quite often for the flimsier reasons one can imagine.

Strike is a legitimate weapon of the workers to get the better pay, shorten hours of work and better working condition when all the other methods have failed. But to resort to strike because some action has been taken on indiscipline colleague or because some headstrong subordinate was not treated with respect, is meaningless.

Through out this world the word strike has been taken as a common thing to get the rights fulfilled easily and unfortunately in India the tendency to go on strike seems to be fairy wide spread. Not only among workers but also among others .Students go on strike because they feel the questions are too tough for them to answer. The taxi drivers go on strike if police asks them to fix meters. Bus owners go on strike to increase bus fare and not to pay road tax fixed by the govt. Municipality sweepers go on strike to hike their wages without thinking that the towns will be full of discarded things & rust & dusts for which their family & relatives would also suffering. Strikes are last to realize that they are the ultimate losers in most cases.

Their gains are only apparent. Increase wages may not benefit them unless they are related to increased productivity. When an employer is forced to increase his workers wages with out a corresponding increase in production goes up and this in turn increase the price of his product. So though the workers may got more, he will have to spend more to get his minimum requirements. Similarly when the bus owners go on strikes, in order to fulfill their demands ultimately they become the last losers. They lose their daily incomes and the drives and helpers who get daily payments may quit their job and get another option.

Also all bus owners do not get benefit out of the strike but they have to join in the strike with other bus owners. For example buses running on National Highway if go on strike and declared whole Orissa as strike ultimately the other bus owners will lose unnecessarily. Sometimes it creates disputes between the strikers and Govt, strikers and the employers and goes to the extreme situation and this is happening today.

Strike is certainly a loyal weapon in the hands of the people to be used whenall other channels have failed. But it is being used most indiscriminately. So instead of going in strike and putting self as well as others into trouble and creating a lot of disputes and disturbances, everything should be made with mutual understanding and should considering cost and benefits out of the strike.