Mr. Rahul Gandhi – Thanks for the compliments 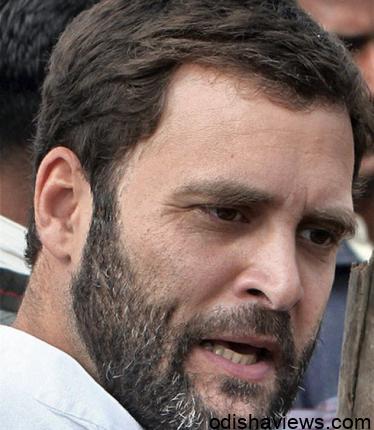 Rahul Gandhi said only one man is shining in Gujarat. It’s not true and his irresponsible statement demonstrated once again he is still a baby. One man is not shining, the entire state is shining. And we have seen 40 years of Congress rule in Gujarat. The credit of the team’s performance goes to the captain and bad things too go to captain. You are right in saying that others have become insignificant. You are voicing your own state of affairs. The congress and any opposition to Modi’s development agenda have been rendered insignificant in Gujarat. Why is the so called secular party of India – the Congress hoping for caste-based voting instead of cause-base voting in Gujarat ? If you can take credit for work done by Mr. Nehru in 1950s & Mr. Rajiv Gandhi in 1980s; why can’t the current leader who is the sitting CM of the state take credit for the work he has done. As far as ‘Youth suppressed in Gujarat – Mr. Rahul, you need to sack your political advisors from Gujarat. Look at history; no one has ever managed to suppress Gujarati youth. On the contrary, the youth of Gujarat has evolved beyond the caste/creed/religion based politics.

Good Leader is someone who listens to his people – Mr. Narendra Modi is directly accessible thorough his website. He has been active on facebook since 2009. He has been on youtube since 2007. He is the most accessible leader we have ever seen in Gujarat. In fact, his performance in many areas has been beyond the scope of our expectations. For instance, many doubted if Sabarmati river front project will ever be successful. However, today for the first time in decades, we not only see a fully-flowing Sabarmati river but also the river front is now a proud community point for entire Ahmedabad.

As far as ‘People do not get replies to RTI applications’ is concerned, this is Gujarat – People are more interested in ROI (return on investment) than RTI. Yeah, about corruption –  Mr. Rahul, conduct a research anywhere in any constituency of Gujarat and ask the people of Gujarat. You would be surprised to know that people enjoy a corruption free environment. Moreover, you and your party’s achievements on corruptions like 2G, CWG, and Coal are all fresh in people’s mind.  As far as ‘No. of days assembly runs’ – How does that affect the common man? People are worried about the performance on the ground, on our roads, water, electricity and overall development. People don’t want their leaders to lock themselves up in the vidhan sabha and keep holding lengthy discussions and waste time and money. About ‘Entrepreneurial skill of youth of Gujarat’ – people are running the economy of Belgium for many years. Finally, about Lokpal Bill, how many times CONGRESS did have recommended the Lokpal bill in the whole country which is desired by the common man.

Mr. Modi is shining due to his hard work, achievements and popularity. But you are nothing more than a satellite like moon which is shining on somebody else’s light. You are known only for your surname “Gandhi” – otherwise you would have been never thought what you are.