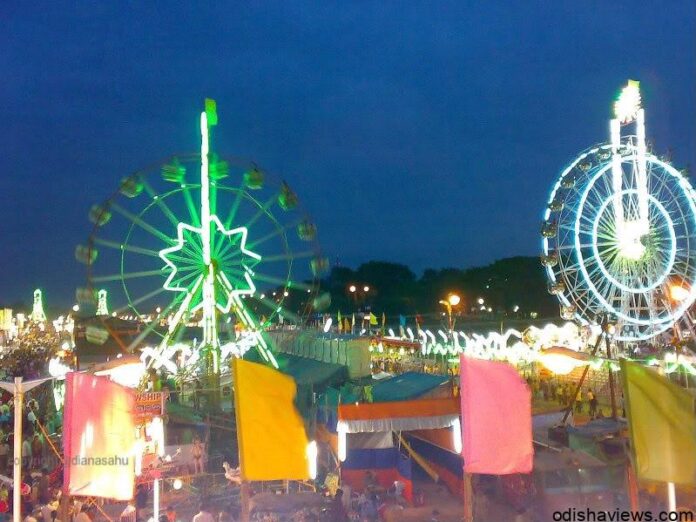 [dropcap]R[/dropcap]ecalling the glorious maritime tradition of ancient Odisha Boitabandan and Baliyatra is a celebration to mark the age old tradition of sea voyage by the Sadhaba race of Odisha sailed for trade to eastern islands as Ceylon, Java, Sumatra and Bali.

People in the state celebrate Kartika Purnima the last day of holy month Kartika on Hindu ritual amid usual pomp and gaiety. Coastal Odisha men and women including children in colourful clothes throng waterfront’s to set sail tiny boats made either of banana peels, sola or paper with lighted lams inside to remember the states maritime culture and history.

The most colourful Boitabandan and Baliyatra celebration is observed at port town Paradeep every year including Chelitola in Tirtol area in Jagatsinghpur district. It is evident from the fact Paradeep maintains a rich traditional back ground of trades and enhanced status of major port of the country recently. The legendary Odisha former chief minster late Biju Patnaik was started Baliyatra celebration at Paradeep in the year 1992 naming Kalinga Baliyatra, similar celebration has started at Chelitola in Tirtol since year 2002 by local people and district council of culture including Paradeep Port Trust hosts customary Boitabandan Utsava in the eve of Kartika Purnima every year.

The historical significance as it commemorates at Paradeep and Chelitola , it revealed from the annals that these lands were once flourished in Naval trade. The Bay of Bengal is the east side confluence point of river Mahanadi and entire Jagatsinghpur district was navigable rivers were flowing enriched the naval trade of these areas.

Historians are of the view that the ancient sea voyages from Jagatsinghpur coasts were mostly for commercial activities which led to vagarious interaction between the people of Odisha and South East Asia, particularly the Indonesia and island of Bali. In those days the Sadhaba’s of Odisha sailed for trade and when Sadhaba’s return from those islands bringing different commodities, ‘Patnas’ [Local fair] were instituted on the banks of river Mahanadi and its tributaries of the locality to exhibit and sale these foreign goods.

History repeats that there was a harbor in the river Alaka at Hariharpur in present Jagatsinghpur headquarters and other at Chelitola at Tirtol. Hariharpur was only the river harbor of Odisha in that time, so also it was reputed political centre from Mogul to Maratha and last British period. In that time local made fine clothes were sold in China, Shyam , Andaman and Srilanka, pointed out Dr Bholanath Rout, who has compiled Jagatsinghpur history.

While analyzing the views of different historians and researchers it is evident from the fact that the Port of Hariharpur was at the climax of sea trade during 17th century and the location of the port was in Jagatsinghpur district in present.

Now the past maritime culture of Jagatsinghpur becomes the history, the sea traders Boita are no more existence, the offerings prayers and worship by women are still preserved of the past tradition as a frozen frame in the form of the annual celebration of Boitabandan and Bali Yatra in the eve of Kartika Purnima every year .