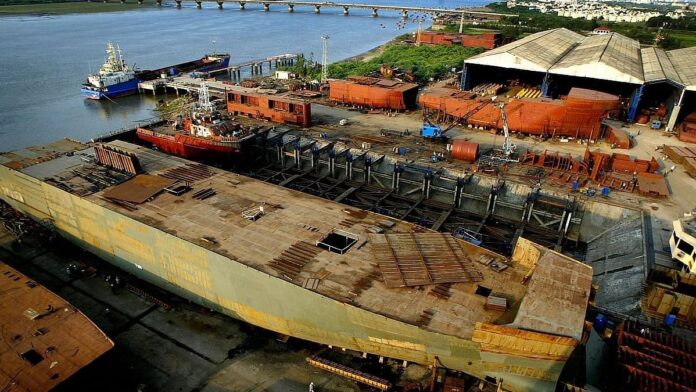 The Enforcement Directorate (ED) on Wednesday lodged a case against ABG Shipyards under the Prevention of Money Laundering Act.

The case was lodged on the basis of the FIR filed by the CBI on the State Bank of India’s complaint against the company and its directors for cheating a consortium of banks to the tune of Rs 22,842 crore.

The ED has asked the CBI to hand over the relevant documents connected to the case and initiated its probe into the matter. After a preliminary probe, the ED decided to lodge a PMLA case.

There are 28 banks involved in the consortium with huge amounts of disbursement to the company in the way of CC loans, term loans, letters of credit, bank guarantees, etc. that were given as advance by the banks.

The fraud is primarily on account of huge transfers by ABG Shipyard Ltd to its related parties and subsequently making adjustment entries. It is also alleged that huge investments were made in its overseas subsidiary by diverting the bank loans and funds were also diverted to purchase huge assets in the name of its related parties.