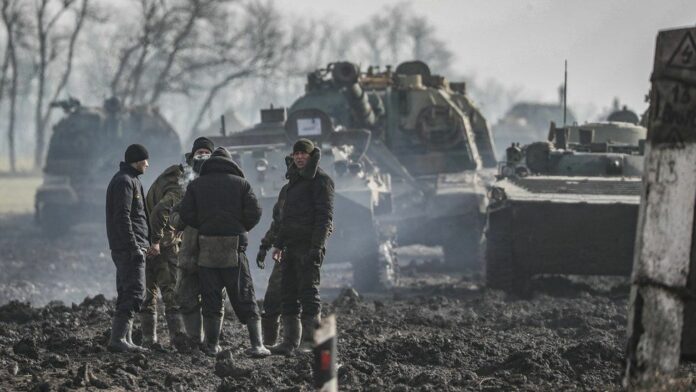 Russia today launched an all-out war against Ukraine with simultaneous attacks coming from the south, east, and north, by land and by air, the Daily Mail reported.

Explosions were heard across the country since dawn, when the attack was launched.

There have been reports of Ukrainian troops killed in clashes and bombings, an official said.

Ukraine claimed to have shot down 6 Russian jets over the eastern Donbass region in which 50 Russian troops were killed.

Ukrainian border guards said they had come under attack by heavy artillery, tanks, and troops from Russia and Belarus as Belarusian President Alexander Lukashenko threw his forces into the fight – though he denied taking part.

Luhansk, Sumy, and Chernihiv in the east of Ukraine all came under attack, while tanks battled on the outskirts of Kharkiv after paratroopers dropped in. Blasts were also reported in the west – in Zhytomyr and Lviv, close to the border with Poland.