What is there in Name? 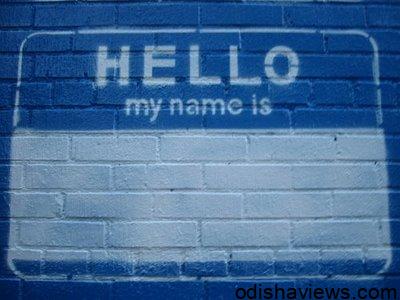 I am trying to understand why all public infrastructures whether it’s a road, airport, railway station, bus stand, et al are named after politicians. It is hard to conclude the reason. But one for sure, there is politics. After reading below two incidents, you all will agree with me.

India’s most prestigious and most expensive project has been opened for people of India: Bandra-Worli Sea link. As usual it has been named after former Prime Minister Rajiv Gandhi and most surprising thing the name has been proposed by Mr. Sharad Pawer – known as a Maratha Leader. Where has gone his Maratha sentiments? Why he has proposed this name in place of Veer Savarkar – which has been decided by Shiva Sena and BJP government during their tenure sometime 10 years back (during foundation stone of this ambitious project) ? What is there in Name – is it Politics? Mr Pawer proposed the name to make Sonia Gandhi and Gandhi followers happy, make his position strong in the government – because the number of seats he has anticipated did not get. In terms of number game, he is not in very good position, even without his party’s support congress can survive and he needs congress – congress does not need him.

Similarly, Hyderabad Airport was named after NTR when it was in Begumpet. When new Airport was started – it has been named after Rajiv Gandhi. I am sure every Andhra people will agree, NTR’s contribution for the state and people of the state is much more than anyone else. Then why NTR’s name has not been considered which has been decided by TDP ? Here equation is different but objective is same. It could have named after PV Nashimha Rao, he is from this state and from congress party. What is there in Name – is it politics? No need to elaborate!!

Naming public infrastructures after prominent people – not a bad thing. Why only after politicians? Why after Gandhi’s ? Why not after intellectual people? Why not after Scientists? Why not after Socialists ? Conclusion could be – only our politicians and Gandhi family are valuable and they have contribution for the country and society.

It is time our politicians should put an end to this practice and think beyond politics. It would be more sensible to pick the names inspired by local culture. Otherwise the way public infrastructures are named after Gandhi’s and politicians – a time will come when people will find difficulties to differentiate between many roads or airports that go by the same name.