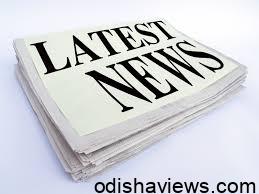 JAGATSINGHPUR  Apr 07. One security man Devendra Barik who was working as a security guard in Bhel company inside the proposed IOCL plant site in Paradeep committed suicide on Saturday. Report said that the deceased man was hailing from Jaionkanti village here found ill on Saturday morning and immediately shifted to hospital for treatment where he succumbed due to his illness after few hours. Mystery shrouds following sudden death of the Devendra while preliminary police probe indicated that the deceased man had consumed deadly poison for which he went ill and died following fatal impact of poison, an UD case has been registered at Abhyachandpur police and investigation is on. [Ends]

JAGATSINGHPUR  Apr 07. Tirtol legislator Ravindra Nath Bhoi’s wife Arati Das [42] died at New Delhi in a private hospital following kidney failure on Friday night, she was admitted in hospital two weeks ago for kidney transplant. The dead body of Arati Das was brought from New Delhi   on Saturday night , hundreds of local residents and BJD workers bade a tearful adieu to MLA’s wife whose mortal remains consigned to flames at her native Balia village. Senior MLA Bishnu Das has expressed his condolence over the sudden death of Arati Das. [Ends]