Sheikh Hasina Thanks PM Modi for Bringing Back Students 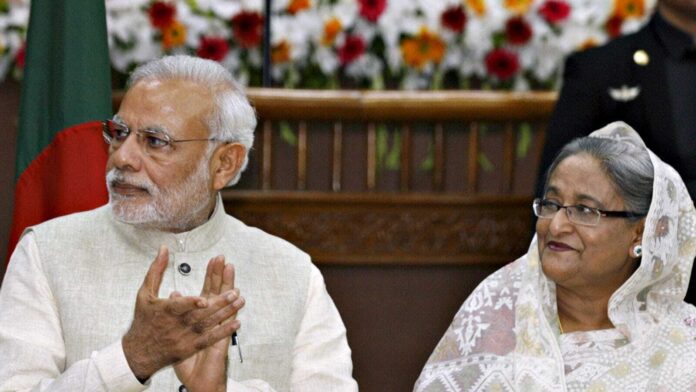 The nine Bangladeshi nationals, who have been stuck in the northeastern city Sumy, were evacuated along with 694 Indians brought to Poltava city in Ukraine.

They will be brought back to India along with the other Indian nationals from Poland on Wednesday or Thursday.

On Tuesday, the Indian authorities started evacuating its stranded students from Sumy to Poltava after Russia announced a temporary ceasefire from 10 a.m. providing humanitarian corridors in Kyiv, Sumy, Kharkiv, and Mariupol.

The human corridor in Sumy was announced after Prime Minister Modi spoke to the Presidents of Ukraine and Russia to provide a safe passage to evacuate the remaining Indian students who were stuck in North-Eastern city Sumy.