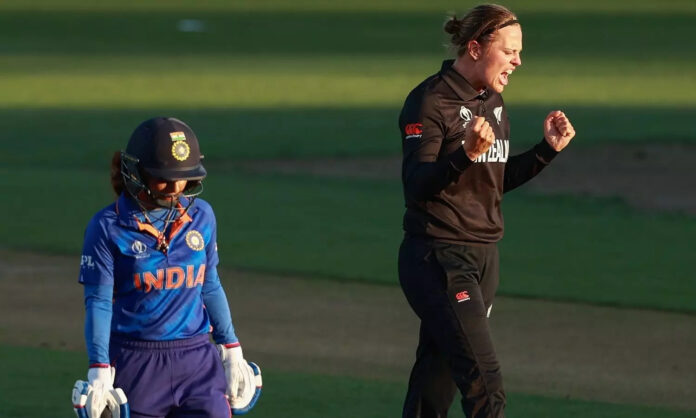 A fifty each by Amy Satterthwaite and Amelia Kerr apart from the latter and Lea Tahuhu sharing six wickets between themselves helped the Kiwis clinch the match.

India opted to bat second in the hopes of dew aiding them in the chase. They managed to take quick wickets in the last ten overs of New Zealand’s innings, taking 6/49 and keeping them to a par score of 260.

However, New Zealand didn’t allow India to score any runs in the first 20 overs which caused the lag in India’s chase. Eventually, they were all out with Harmanpreet Kaur’s 71 the lone bright spot.

Sreesanth Announces Retirement From All Forms of Domestic Cricket