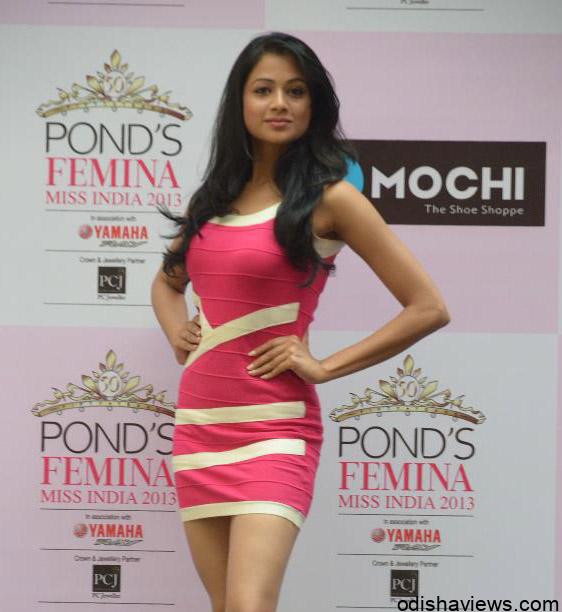 Popular odia film actress Archita Sahu hasn’t crowned Femina miss India but for Odisha, she is  the dazzling femian miss india. Archita is a successfully Indian actress,model and a celebrity.She had given many titles by the odia film industry and with full of superhits in the mind and heart of the audiences.  She was the 1st runner up in Pond’s Femina Miss India Kolkata 2013 and won Lakme Absolute Femina Miss Eyeconic eyes.

Ollywood actress Archita has been selected for ponds Femina miss India Kolkata 2013 which is a prelim contest to ponds Femina miss India. The actress made her debut in Sanjay Nayak’s “O My Love“ when she was a student of Class 10. She was awarded the best newcomer of the year 2005 for her debut movie. She had owned a title as Miss Kalinga in 2004. She has the efficient spectacular several awards for most of her movies which includes 1 by State award by Government of Odisha.  she is also a very good Odissi dancer.Many hits such asTo payeen nebi mu sahe janama,Akashe ki ranga Lagila,Babu I Love You,pagala karichi paunji tora,Kebe tame naha kebe mu nahi . ACP Sagarika rocked the platform and proved a new superhit in the thousands of odia hearts.

Some Photos from Femina Miss India

HOPES OF MILLIONS OF ODIAS WERE SMASHED AS ARCHITA FAILED TO REACH AT THE TOP 10 FINALISTS OF THIS MEMORABLE FEMINA MISS INDIA 2013
Hopes of millions of Odias were dashed, as Ollywood actress Archita Sahu failed to make it to the top 10 finalists of Femina Miss India 2013 tonight. Archita was one of the 23 finalists of Miss India beauty pageant.
While nine finalists were selected by the judges, Shobita Duhipala from Vizag was chosen by the online voters. As expected, North Indian girls ruled the roost – mostly from Delhi, Punjab, Uttar Pradesh, Uttarakhand and Haryana.
Although Archita failed to win the Miss India crown, she won the “Miss Stylish Hair” and “Miss Talented”. It could be recalled that Archita had finished first runners-up at the Miss India Kolkata 2013 edition to qualify for the final round.
“We should be proud that ever a first-time odia has built his aim to such a far line of the end, and this is the beginning for glamorous archita full of talented eyes”.