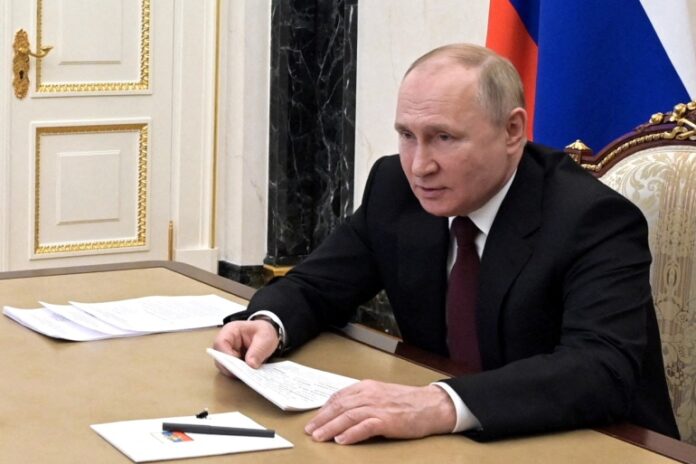 Russian President Vladimir Putin has ordered more troops to perform “peacekeeping functions” in the conflict-hit eastern region of Ukraine, raising fears that they could soon cross the border into Ukraine.

This comes after he signed a decree to recognize Ukraine’s rebel regions of Donetsk and Luhansk as independent states. Currently, Ukraine is surrounded by more than 150,000 Russian troops on its borders.

“I consider it necessary to make a long-overdue decision — to immediately recognize the independence and sovereignty of the DPR and the LPR,” Putin said in an hour-long televised address to the nation.

“Russia has done everything to preserve the territorial integrity of Ukraine,” by fighting for the implementation of 2015 Minsk agreements, but all the efforts ended up in vain, he said.

According to Putin, nearly every day there is Ukrainian shelling of settlements in the Donbas region, that comprises Luhansk and Donetsk, and “there is no end in sight”.

Putin stressed the reason for the crisis as the eastward expansion of NATO, which has led to the loss of mutual trust with Russia. He said it was just “a matter of time” for NATO to accept Ukraine as a member state and then build facilities on its territory so that the level of military threats to Russia will rise dramatically.

Putin said modern Ukraine had been “created” by Soviet Russia, referring to the country as “ancient Russian lands”, the BBC reported.

He referred to Russia having been “robbed” during the collapse of the Soviet Union in 1991, accused Ukraine of being a “US colony” run by a puppet government, and alleged that people were suffering under its current leadership.

Responding to Putin’s announcement, Ukrainian President resident Volodymyr Zelensky said the country wanted peace, but declared that “we are not afraid” and “will not give anything away to anyone”.

He added that his country now needs “clear and effective actions of support” from its international partners.

“It is very important to see now who our real friend and partner is, and who will continue to scare the Russian Federation with words only,” the BBC quoted Zelensky as saying.