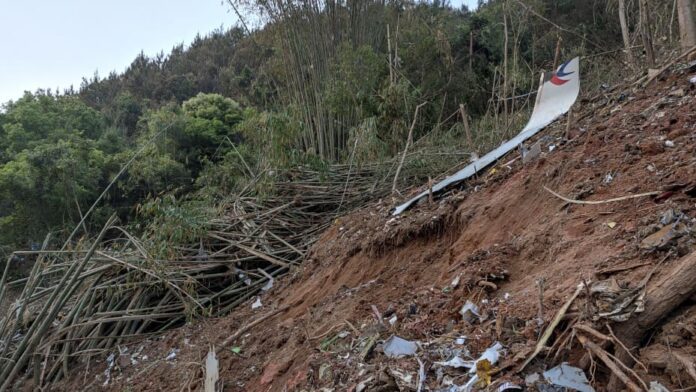 The China Eastern Airlines Boeing 737-800 carrying 132 passengers was flying from Kunming to Guangzhou when it plunged to the ground in Guangxi province and caught fire, the BBC reported.

No survivors have been found or established contact with.

President Xi Jinping has ordered an immediate investigation to determine the cause. The crash has caused shock in China and China Eastern Airlines has grounded all its 737-800s.

Flight tracking data suggested the plane lost height at the rate of 29,000 feet per minute from its cruising altitude before plummeting to the ground.

The search is on for the wreckage of the plane.