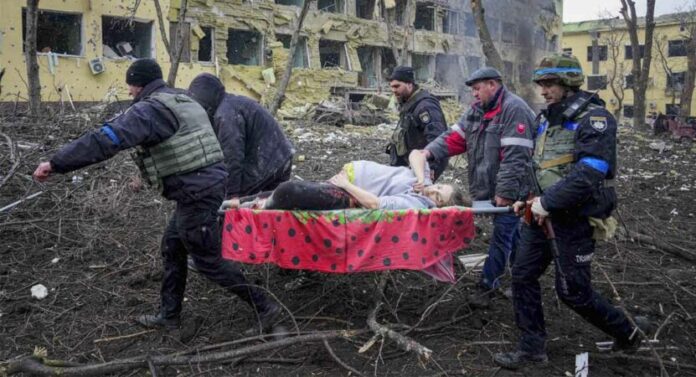 As Russian soldiers resume their assault on the beleaguered port city of Mariupol, Ukrainian authorities say 1,500 civilians have been killed.

According to the Ukrayinska Pravda newspaper, the Mariupol City Council announced on social media late Friday night that at least 1582 civilian citizens of Mariupol have been slain by Russian occupying forces over the 12 days of the city’s siege, and cruel firing on residential neighborhoods.

Meanwhile, Ukrainian Deputy Prime Minister Iryna Vereshchuk announced that officials will try to evacuate stranded civilians from Mariupol once more, despite the fact that many previous attempts have failed due to Russian bombing and shelling.

According to the BBC, the Minister stated in a video speech that a humanitarian cargo should be delivered to Mariupol and that people will have the possibility to be evacuated on the way back.

Earlier on Friday, Iryna Vereschuk, Minister of Reintegration of Temporarily Occupied Territories, described the situation in Mariupol as a “humanitarian catastrophe,” claiming that 3,00,000 people are suffering from lack of water, cold and hunger due to blockades preventing humanitarian aid from reaching the city.

She also said that there was only one road between Mariupol and Zaporizhzhya at the moment which ran through Orikhiv and Polohy, as all others had been destroyed or mined.

On Wednesday, a children’s and maternity hospital in Mariupol was shelled, killing three people and injuring 17 others in one of the bloodiest hits since Russia began the war on Feb 24.