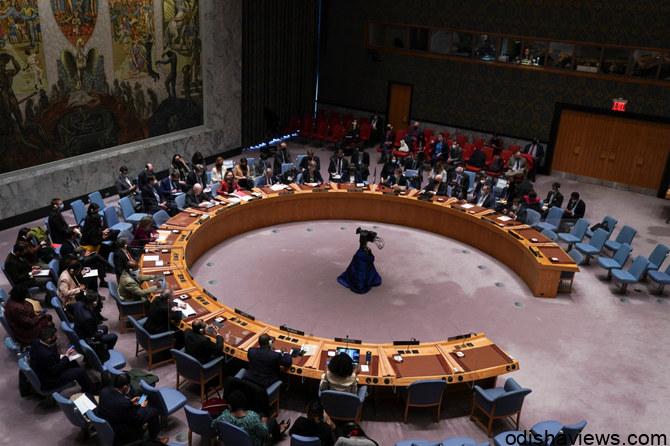 India abstained for the third time on a UN Security Council vote on Ukraine. India has said that it welcomed the decision by Ukraine and Russia to hold talks.

India was joined by the two others from Asia, China and the United Arab Emirates, to be the only countries to abstain on Sunday on a procedural vote to have the 193-member General Assembly take up the Russian invasion of Ukraine at an emergency meeting.

Russia’s negative vote did not carry the power of a veto and it passed with the support of 11 members from Europe, the Americas, and Africa in the 15-member Council.

This is the first time the Council has called an emergency meeting of the Assembly in 40 years. The last such meeting was called when the US vetoed a resolution on the Israeli occupation of the Syrian Golan Heights.

India’s Permanent Representative T.S. Tirumirti said that “it is regrettable that the situation in Ukraine has worsened further since the council last convened on this matter”.

“We reiterate our call for immediate cessation of violence and an end to all hostilities. There is no other choice but to return back to the path of diplomacy and dialogue,” he said.

Welcoming the announcement by Ukraine and Russia to hold talks at the Belarus border, Tirumurti said that Prime Minister Narendra Modi had “strongly advocated” this course of diplomacy when he spoke with Russia’s President Vladimir Putin on Friday and with Ukraine’s President Volodymyr Zelentsky on Saturday.

The US had suggested that India and other countries having influence with Moscow to try to get it to stop the invasion.