High Rise Apartment in Kyiv Hit by Missile; No. of Victims Being Ascertained 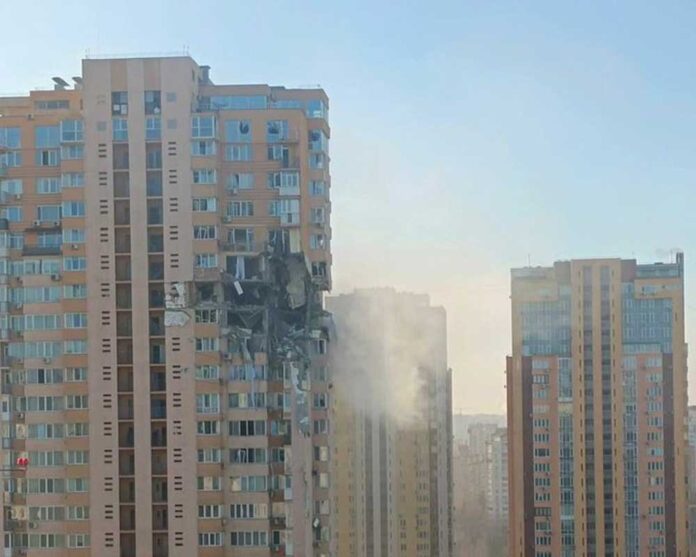 A high-rise apartment block in Kyiv was hit by a devastating missile today morning, as fighting rages on between Russian and Ukrainian forces, the Daily Mail reported.

Emergency services had not yet specified the number of victims of the attack in the Zhuliany district, and evacuation was underway. Images showed the tower block with a hole covering at least five floors blasted into the side and rubble strewn across the street below.

The Russian military has taken full control of the southern city of Melitopol, about 35 km inland from the Azov Sea coast, and said Russia-backed separatists have made significant gains in the eastern region of Donbas, Daily Mail reported.