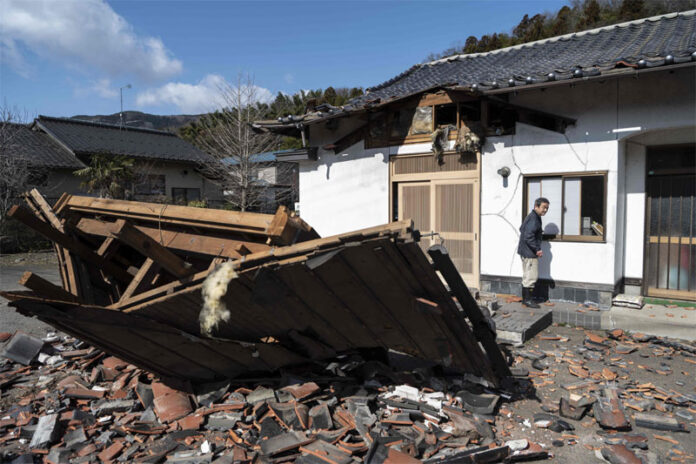 Two people lost their lives and 92 others were injured after an earthquake of magnitude 7.4 hit northeastern Japan late on Wednesday night, police and fire authorities confirmed today.

As of Thursday morning, a total of 92 people were reported injured in seven prefectures including Miyagi and Fukushima.

Strong quakes were felt in the country’s northeastern and eastern areas, especially in Miyagi and Fukushima Prefectures where the quake was logged six upper on the Japanese seismic intensity scale which peaks at seven.

A tsunami warning of up to 1 meter has been issued to coastal areas in the Miyagi and Fukushima Prefectures, with residents urged to stay away from the coast.