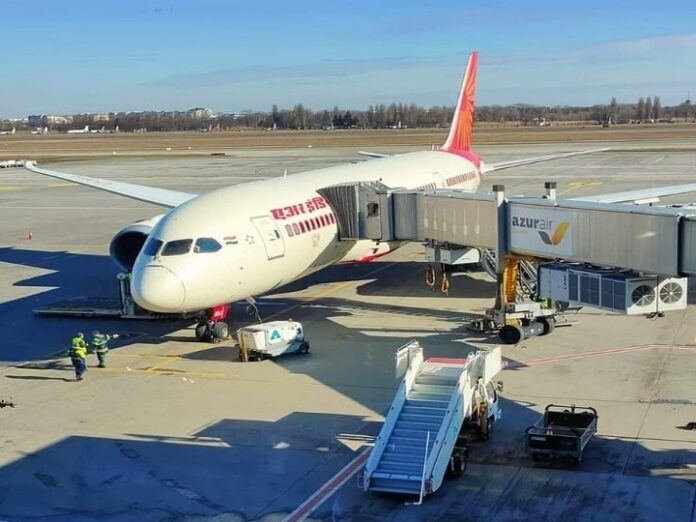 Amid escalating tensions between Russia and Ukraine, 242 Indian students have safely returned to India on Tuesday. India has begun evacuating Indian citizens living in Ukraine and adjoining areas.

The Dreamliner B-787 aircraft has been deployed for carrying out the evacuation. The flights are operating from Kharkiv in Ukraine to New Delhi.

First-year MBBS student studying in Ukraine Nirav Patil told Ommcomm News, “The situation is normal nearby the area where I live. The university has begun online classes so there is not much to worry about as before.”

Another student Krishna said, “I live 900 km away from the Ukraine-Russia border. We are around five to six students, who are residents of Gujarat. Our parents were getting quite worried. This is why we had to return to India.”

Meanwhile, some returnees who are native to Rajasthan have been asked to stay at the Rajasthan Bhawan in New Delhi, while government officials sent by the state government are supposed to pick them up. The state govt will send them to their homes, bearing the costs of travel.

Many Indian students however hopping flights to India as air tickets have become quite expensive.

Monika, a fifth-year MBBS student who belongs from Chhattisgarh, first took a flight from Kyiv to Doha and then returned to Delhi, Ommcomm News reported. Monika claims that some universities have switched to online mode while some others continue offline classes.

Air India on February 19 had announced that it would operate flights between India and Ukraine on February 22, 24, and 26. Booking of air tickets is open through Air India booking offices, websites, call centers, and authorized travel agents. According to the Indian embassy in Ukraine, additional flights from Kyiv to Delhi will operate on February 25, 27 (two flights), and March 6.

“I have booked flight tickets worth Rs 60,000, but what will those parents do who can’t afford such huge amount of money? The Government of India has sent several flights but how will we be able to book such an expensive air ticket. Till Monday, flight tickets costing Rs one lakh were being sold but after borrowing some extra money from my relatives, I booked the air ticket and called my child back to India,” he added.