Home Politics Who will be benefited from FDI ?
Politics

Who will be benefited from FDI ? 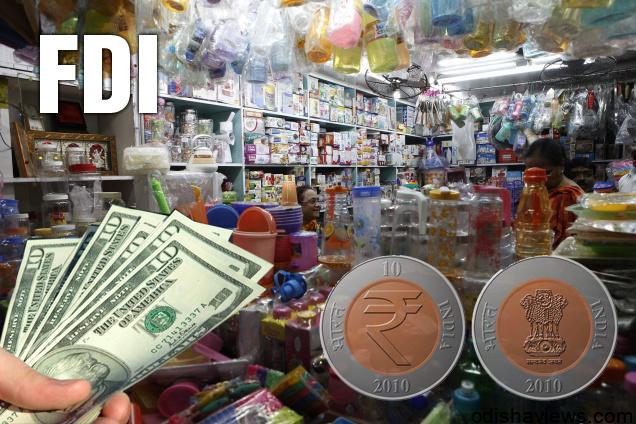 I am not a financial expert or well qualified but just putting my thought on current decision on FDI. FDI in retail is going to benefit few and is going to break many. Reason being that India is largely a country dependent upon Informal Sector of the economy. 93% of Indian workforce is part of Informal sector or in other words small scale economy. Big Multinational companies will now get a stronger legal foothold in Indian economy and will drive out large number of people in the small scale sector workforce into joblessness. The small sector has also never been a saint because it too thrives on exploitation of millions of workers. But it does provide them employment. With big MNCs now coming – two major changes will happen. One, the big companies will procure most of their goods from China at a cheaper rate and thus will make many Indians jobless. Two, the big companies will for few years sell these goods at very cheap rate so that competition from small retailers in India dies out and then later big companies will behave in monopolistic manner and charge exorbitantly.

So clearly, first the workers associated with manufacturing, transportation, distribution, supply, etc will lose and then the small time owners of small scale business will go down. On the benefit side of FDI, again two types of significant developments will take place. One, for next few years the Indian consumer will benefit a lot because of cheap prices of many goods. But later, when local competition will wane out then same goods will be charged for full profit motive. So a short term benefit and a long term loss for sure as consumers. Second benefit will be for Indian big companies who will enter into collaboration with big worldwide MNCs (because of 49% FDI proposal in retail which allows for partnerships). So we may see Reliance, Bharti, Birla, Tata, etc gaining a lot in collaboration with Walmart, TESCO, etc. (Same as in insurance sector partnerships of Indian biggies with foreign MNCs).

Another big beneficiary will be American economy and to some extent European and Chinese economy too. In these times of recession in those countries if India allows its huge retail sector for big companies of USA and Europe then it will in few years give them immense profits (because they will get goods manufactured in China at cheap costs and will sell them in India’s burgeoning 200 to 300 million middle class consumers plus growing semi-urban consumers (example how Coca Cola and Pepsi cleaned all types of other local competitors in urban and also rural areas of India). Lastly, the biggest population group of India is farmers. They have already seen through seed selling MNCs that how these big companies use patent rules of WTO to edge out local seed companies and now charge hefty prices from all kinds of farmers. The input costs are already so high that farmers are committing suicides in India so now with FDI coming in their produce will get sold for short time at some better price but as local market will die out even the farmers will find losses.

Unfortunate – despite opposition from allies Cong have chosen to again reopen foreign investment into the sector. It is surprising the government has again reopened the sector without announcing any solid measures to protect small traders. Seems government’s intention is to pacify rating agencies or convince them that government is taking the right steps and policy is not paralyzed.[signoff1]