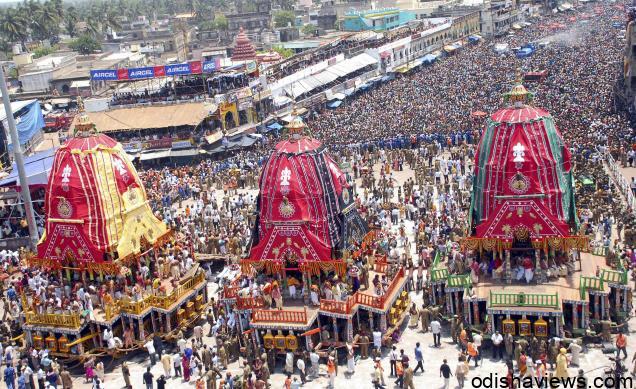 Rath Yatra or Chariot festival is a major Hindu festival in india. On the day of rath yatra Lord Jagannatha, Lord Balabhadra and Maa Subhadra are taken out in procession in three chariots to their summer temple known as Gundicha table, stayed there for nine days. The chariot of Lord jagannath is approximately 45 feet high and 35 feet and took almost 2 months to build.

After 9 days Lord Jagannath, Lord Balabhadra and Maa Subhadra are returned to Jagannath Temple . The return journey is also celebrated as Bahuda Yatra.