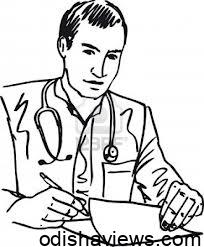 JAGATSINGHPUR Feb 11. Hundreds of residents including activists of civil society resorted Dharana and protest meeting in front of Kissan Nagar hospital on Monday demanding immediate posting of doctor, nurse, health assistant and other staff which posts have been laying vacant at hospital past six months. The agitators fumed ironically the doctor’s post in hospital fell in vacant six months, the acting nurse went on maternal leave two months ago and one health staff working in hospital retired from job past one year interestingly no step has been taken appointing new one for these posts as consequence the health service at the hospital has come to doldrums, several times we have approached state health department for appointing personnel for the vacant posts but un availed till date, so we decided to go on agitation and launched Dharana and the stir would continue until our demands were met, agitators informed.