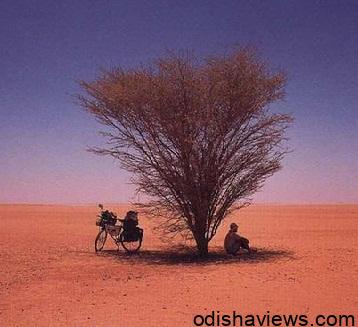 It’s Friday and end of week, so happy time to wind up all issues/work and move forward to chill out. After 5 days regular job, hardly had time to think and as always waiting for Friday evening to come followed by 2 days holiday. Fortunately or unfortunately, the incident happened during late hours in Friday; don’t know good or bad, but it had forced me to think the reason and impact for couple of minutes before I take decision. It did not take much time to take decision because somehow I knew; sooner or later it was bound to happen. It’s was about 10.30 PM, after completion of all work, I prepared myself to get started for home.
It was a pleasant weather, due to weekend roads were almost empty – switched on music system (played Jagjit Singh’s song) enjoying drive with a cigarette. However some lines of music “Jin Zakhmon Ko Waqt Bhar Chala Hai Tum Kyon Unhe Chhedhe Ja Rahe Ho” literally forced me to think again about the recent and past incidents I had gone through. Although it’s very easy to say, we should forget all things and move on in life. But in reality, that is not the fact. Hence, I started recollecting each and every incident happened during last couple of years and before I conclude anything, I reached home. Finally, I could able to conclude the reason for this incident and it’s because of superiority complex. This is nothing but a disease and precisely there is no medicine for this. Some of incidents, actions and activities clearly helped me to conclude the recent incident is due to superiority complex diseases.
I am sure all of us have encountered many a people in our life, who got feeling of superiority over other people. So, back to one of the scenario where XYZ was in a meeting room full of successful and competent engineers, XYZ had a superiority complex so, attempted to feel superior and started criticizing the engineers to “pull-down” their status in an effort to make himself feel better. Another incident, when XYZ demonstrated the superiority complex by trying to lift his status by portraying how better he is than the others.

There are so many incidents, where XYZ tried his level best to demonstrate his superiority complex. However, each of his poor techniques in overcoming the inferiority complex attempted failed to do so. Let me elaborate a bit why I concluded XYZ affected with superiority complex disease. As we all know, a common technique people do generally use to overcome their inferiority complex is to make they feel superior. XYZ frequently thought this was the solution to overcoming feelings of inferiority and still, ashamedly trying to feel superior. I remember during school days, I studied one of the poetry which narrates “A crow can act as a dock by painting her body with white color, walking like dock and very grounded, but when dock enters into water, crow follows the patch and enters into water and resulted – all her color washed out and she can’t swim”. Morale of the story is we can change some one temporarily, but not permanently. I am sure; XYZ will never completely remove thoughts of inferiority; however for some time, he may act differently.
Many of us do not understand that this solution is a temporary path on a large wound. Let’s face it. Ultimately this only leads to more frustration and inferiority. So, the basic problem is XYZ perceived he to be superior; he was constantly searching for validation from other people to prove to himself that he is still superior. XYZ is a person who thrives off attention. Hence when he was put out of place by being ignored and made to feel less superior, he attempted to grab back non-existent podium of superiority by criticizing others and using behaviors to lift his own status. If a person’s need to compete against another is driven from the person’s insecurity to feel superior, does a superiority complex actually exist? I think it does exist but an inferiority complex can be used to explain someone with a superiority complex. However, XYZ just needs to develop a positive self image and keep a negative self-image that tries to enter his life at bay.
Oh, it’s already 1.30 AM – time passed so quickly did not realize. Now, time to retire; but before that thought to have a smoke. I have my own set of zakhm and it comes into my mind time and again when I get frustrated; I know I can’t do anything and nothing is in my hand. So, Jin Zakhmon Ko Waqt Bhar Chala Hai – Hum Kyon Unhe Chhedhe Ja Rahe Hain. As Lord Krishna said in Gita – “Work but don’t expect any result, but he never said that – I will not give you the fruit of your deeds”. God resides in the heart of those who work without any expectation. So, it’s not worth of thinking past, better to look forward for a new day and better day because “Apni Aag Ko Zinda Rakhna Kitna Mushkil Hai,Patthar Beech Aaeeena Rakhna Kitna Mushkil Hai”. Just live and let others live because “Zindagi ek safar hai suhana Yahan kal kya ho kisne jaana”.