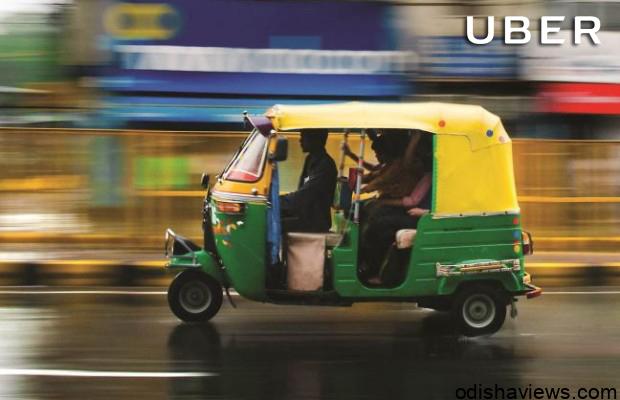 The launch was supported by the Government officials as the city Mayor, local MLA and the city Police Commissioner.

Uber having the cheapest cab services in Bhubaneswar, in comparison to OLA.

UberAuto works just like any other kind of Uber vehicle. Users open the app, select UberAuto from the options, and wait for a driver to confirm. Customers can pay for the ride through online payments like Credit Cards, Debit Cards, PayTM, Airtel Money as well as cash.

Download the app here : http://ubr.to/1Vk8Rtm and get your first free uber ride.

As the city emerges one of the top destinations for startups & businesses, companies like Uber, OLA and Jugnoo have started their operations in Bhubaneswar within the last one year.

Uber serves 27 cities in India, which makes the country its second largest behind the U.S. Tapping into Auto Rickshaw sector would help the cab aggregators considerably widen their user base.

In Bhubaneswar UberAuto has to compete with the country’s biggest Auto aggregator Jugnoo which is now present over 29 cities in India.

uberAUTO will only be available in Bhubaneswar for now.