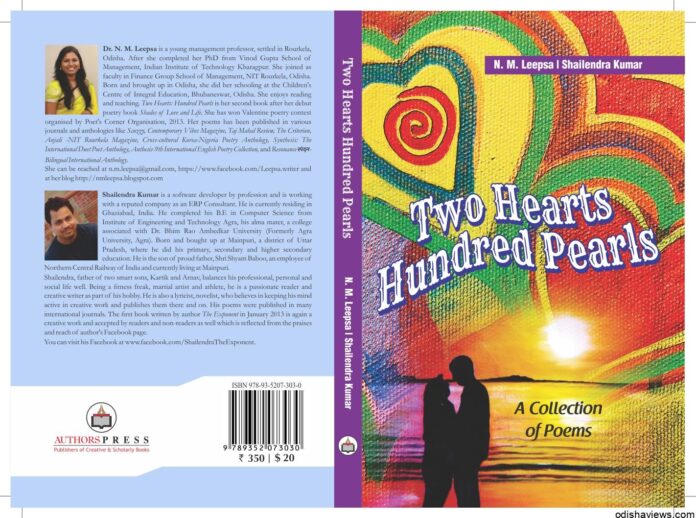 Love, dreams, heart, joys and happiness- This book contains all the possible themes and much more. It touches themes on the days of the week, relationships, human emotions & moods, various seasons and every single word that we hear every single day by some means or other. We have tried to show the real beauty behind the words that is above their mere utterance. We know what its real worth is, but when we want to convey it, we normally don’t justify in its true sense, we feel how to define them or express them. We have made a fair attempt to portray the inner side of you that you would want to convey to the world. In a way, more or less each of these poems is a telltale of your own story. These are short poems that will tell you, sometimes a tale or will take you in your own life stories in rhythmic forms. Each and every poem is created in a unique way to give you some memorable references. The same theme has been presented in different thought process so that readers get the different taste from the same theme and connect them to their life. As the title says, the book is completed in 100 days with 100 versatile themes. The best part of this venture of the two writers is, you will get the essence of the variety of feelings in this single book. Some poems will make you plunge into a heartfelt smile on your face, some will take you to a few moments of your memories, some will make you emotional, and some will take you in your own imaginary world. Efforts are made to craft each poem, short and simple in its own way.

Different poetic styles are followed in different poems to add vivid colors to the book. We were most concerned to make this book age proof, whether you are a child, you will find your feelings in our own words. We always have our own world and our world is connected with your world. If you are at an age of par you will feel the immense pleasure of your whole life experiences and emotions. We have tried to put forth the best of words so as to touch your heart and soul and make you feel that world is really beautiful.

A SMALL NOTE ON HOW THIS BOOK WAS BEGUN

‘Do you belong to IIM-Ahmedabad’, the man asked to a girl just entered into the common dining area. The girl had worn a navy blue T-Shirt with the logo of the IIMA. Both of them met for the first time. They were sitting tete-e-tete. The coffee was yet to arrive.

The girl smiled and said, ’No, I don’t belong to IIMA, I was there to attend a seminar’.

‘Do you know the famous author who is from IIMA?’ I asked.

As she told the name of the author I came to know that this girl is having her intuition in reading also. Up to now I was questioning about her.

Now it was her turn now, I paused and give her time to ask if she wants to ask something.

She queried the same as I did.

‘I want to tell you something’, she said. I nodded my head.

‘I have also published by first book of poetry, The Shades of Love and Life.

I was very happy; the girl that was sharing her time with me was not an ordinary girl. She was an extraordinary girl.

The silver lined coffee cup were filled half and the smelled very pleasing.

This was my conversation with Poet (Dr.) N M Leepsa in the Guest House of Thapar University, Patiala. The actual idea to publish a book in Co authorship had been coined by Leepsa, being an author I accept this challenge and tried to compete with a well-established poet. Here in this duet anthology I played very fair in the domain of a poet of lovely love poems.

I sincerely put my keen efforts to make this collaboration a grand success. In one way, or another this can be said a joint effort beautifully depicting a competition versus collaboration. Some of the perspectives from the various poems are given below:

Friend: This is again a acrostic poem, it contains twelve lines. If you read the first character of every line it becomes my friend’s name two times. What is name of the friend, please read the poem again.

Pen: Last lines of this poem are basically the lines that made me to start this project with Leepsa. The credit of these beautiful lines goes to her only.

The canteen was decorated with very beautiful posters, artworks and social messages. The tables were beautifully managed and sausage bottles were placed like the flower vase. When you enter from the main entrance you see a long counter showing the display of all available eatables. That day, Me, my mom and Shailendra ji, I don’t exactly remember the day and month-we planned for coffee at our Thapar University, Patiala college canteen for usual talks.. Yes, being in Punjab I have started to add “ji” to show respect for someone. We were just in a conversation regarding each other’s life in literature. The special reason was for a duet anthology, by Gopakumar Radhakrishnan, we thought to discuss how can we create a poem? As always, he carries a pen and notebook with him, a good sign of all writers. When he went to order some veg-rolls and coffee, I wrote a few lines on his notebook. I hold the pen, you hold the pen and we made poetry. I never thought these few lines will give us an idea about doing a collaborative project. I had written a few more lines on it till he came back from the counter. Some abstract sketches and words. He suddenly saw it and he liked the lines. Then he said why not to give life to these three lines. Then we came up with the poems. He always loves to set the deadlines to do his works (He belongs to IT field). We have been mutually agreed on 100 different topics which we uploaded in the GOOGLE DOC. We did not share what we are writing. After the topic name, in a bracket, we just added the initials of our name to say to each other that I have written this poem. We have decided not to see each other’s poem. Actually, we did not want to be biased with the mutual thought process. We wanted to be free in expressing the things. Each day, he used to ask COUNT (when I logged on Facebook, I, in my inbox, always see his message ‘count?’). He meant how many poems I completed each day. After coming from work, I find no time for the poem writing. But he continuously motivated me, scolded me (like a big brother), inspired me and pushed my spirits up to reach to the target 100. He completed the poems the poems first and was always waiting for me sincerely and patiently when I would complete. Earlier we had fixed that in 100 days we would complete this project. But he completed in 30 days. He used to say, you are the person who inspired me to start writing poems and now need to find time apart from your research and teaching for your poems. Many days after we completed the project we searched for a good publisher. We were also stuck with what title we would give for the poem book. This made the delay in coming with this work. We are here with the book. I liked this collaborative effort and in future I would like to do work with him in other projects too.

Dr. N. M. Leepsa is a young management professor, settled in Rourkela, Odisha. After she completed her PHD work from Vinod Gupta School of Management, Indian Institute of Technology Kharagpur, She joined as faculty in School of Management, NIT Rourkela, Odisha. Born and brought up in Odisha, she did her schooling at the Children’s Centre of Integral Education, Bhubaneswar, Odisha. She enjoys reading and teaching.

‘Two Hearts and hundred pearls’ is her second book after her debut poetry book “Shades of Love and Life”. She has won Valentine poetry contest organised by Poet’s Corner Organisation, 2013. She has got 5th position as Jury appreciation for poem “Bangle seller girl” for Ekprasis poetry contest organised by PoiesisOnline.Com & XpressPublications.Com. She has recited poems such as Kolkotta- “the misti city” at 7th National Poet’s Meet-2016, Kolkotta, West Bengal organised by PoiesisOnline.Com & XpressPublications.Com; “Love’, Define it, Sweet Valentine” at National Poet’s Meet-2014, Bhubaneswar, Odisha, organised by PoiesisOnline.Com & XpressPublications.Com; I am a poet, Rock Pebbles National Poetry Festival at Bhubaneswar on 17 April 2016; My Mother, Teacher’s Day, 2013 celebration, Thapar University. Her poems are publication in various Journals and Magazines like Scuzzy – VGSoM newsletter, “Oh Suppressed Smile Boy”, Scuzzy – VGSoM newsletter p-15, Everything for You, http://www.slideshare.net/jishnuroyc/scuzzy-2011, Contemporary Vibes Magazine, “She is She”., National anthology series ‘ I am A Poet’ and ‘With Love’ 2013 released on 4th National Poets Meet at Delhi, “My love You made me the poet”, “Love and Jealousy”, Contemporary Vibes Magazine, April 2013, “A Hunting Tale of Hunger”, Taj Mahal Review, June 2013, Fame; Volume II Cross-cultural Korea-Nigeria Poetry Anthology, World Poetry Day 2013; Farewell in The Criterion: An international Journal in English, August 2013, Volume 4(4); ‘God’ in International Duet Poet Anthology “Synthesis”, 2013; It’s You & Me, Together We Can, Anthesis, 9th International English Poetry Collection; “With You, Life is Heaven”, Branwyn Nov-Dec 2013, 7th Issue; ‘Drenched My Soul’, Branwyn Sep-Oct 2013; ‘Success’ April 2014 online issue of poetic diversity, “Walking With Daddy”, Resonance स्पंदन Poets,Artists Unplugged 2014 bilingual International Anthology.. “Expectations” published in Anjali, NIT Rourkela Magazine, 2015. Some of the Hindi Poems and Shayari are published such as “Kuch Dil Ki Baat” in Anjali, NIT Rourkela, 2014 Magazine and “kabhi ye socha nahi tha” in Resonance स्पंदन Poets, Artists Unplugged 2014 bilingual International Anthology. Her interview as poet is published at B’ School Forum Newsletter April 2013, Volume 5.” She can be reached at leepsa.writer@gmail.com, https://www.facebook.com/Leepsa.writer and at her blog http://nmleepsa.blogspot.com/.

Shailendra Kumar is a software developer by profession and is working with a reputed company as an ERP Consultant. He is currently residing in Ghaziabad, India. He completed his B.E in Computer Science from Institute of Engineering and Technology Agra, his alma mater, a college associated with Dr. Bhim Rao Ambedkar University (Formerly Agra University, Agra). Born and bought up at Mainpuri, a district of Uttar Pradesh, where he did his primary, secondary and higher secondary education. He is the son of proud father, Shri Shyam Baboo, an employee of Northern Central Railway of India and currently living at Mainpuri.

Shailendra, father of two smart sons, Kartik and Arnav, balances his professional, personal and social life well. Being a fitness freak, martial artist and athlete, he is a passionate reader and creative writer as part of his hobby. He is also a lyricist, novelist, who believes in keeping his mind active in creative work and publishes them there and on. His poems were published in many international journals. The first book written by author “The Exponent” in January 2013 is again a creative work and accepted by readers and non-readers as well which is reflected from the praises and REACH of author’s Facebook page. Amazon and Flipkart are selling his book, The Exponent. You can visit his Face book page at www.facebook.com/ShailendraTheExponent. 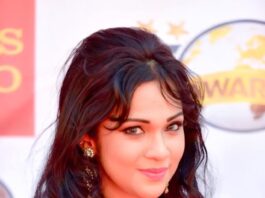 Ipsita Pati as Guest of Honour and received an Award of... 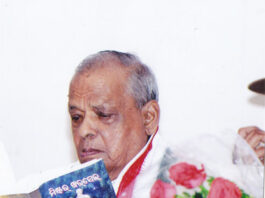 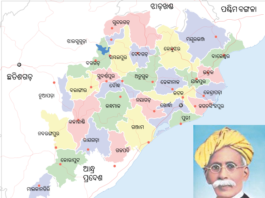