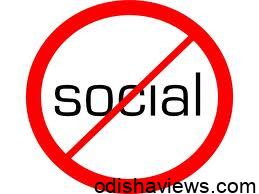 JAGATSINGHPUR  FEB 14. Day after district peace committee staged demonstration and protest against the police administration alleging breakdown of law and order situation of the Jagatsinghpur town , police on Wednesday night picked up two anti socials involved in several criminal activities. The duo anti socials named as Priti Ranjan Routray from Biribati village and Biju Panda from Alipingala village, they were identified as close associate of dreaded criminal Prasant Das alias Tapu who was arrested by police three days ago following a recent crime. The arrested criminals had spotted wandering in Alipingala sub jail adjoining areas acting on a tip off police picked up them from the spot and forwarded them to court, informed IIC Jagatsinghpur police station.