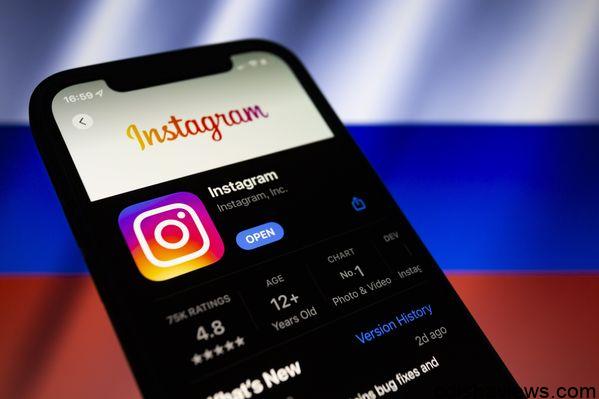 Russia Bans Instagram. After its parent firm Meta permitted messages calling for violence against the Russian military and President Vladimir Putin on Facebook and Instagram in various countries, Russia suspended Instagram for over 80 million users on Monday.

According to the internet monitoring organization GlobalCheck,  the social networking platform was inaccessible to the vast majority of the country’s population.

Russian Instagram influencers sent out farewell messages to their fans, urging them to follow them on other social media sites or use  VPN  (virtual private network) software to get around the restriction.

According to The Verge, Instagram has also provided a platform for Russians, especially affluent billionaires and their families, to speak out against the conflict.

“It’s a scary situation.” We’re doing everything we can to keep folks safe.

In Ukraine and Russia, we’ve made encrypted chats open to everyone. In a video message, he said, “We’ve advised everyone in the region to make their accounts private.”

The social network stated its decision was made in “exceptional and unusual circumstances” as Russia proposed classifying Meta as an extremist organization for applying its policies to speech in the wake of Vladimir Putin’s invasion of Ukraine.

In an unusual move, Meta authorized messages on Facebook and Instagram in particular nations with a violent speech directed towards  Russian servicemen,  including threats to damage or kill President Putin or Belarusian President Alexander Lukashenko.

Last week, Meta’s President of Global Affairs, Nick Clegg, stated that the company’s policies are centered on safeguarding people’s right to free speech as a kind of a self-defense in the event of a military invasion of their country.

“The fact is that if we enforced our usual content restrictions without any tweaks, we would today be eliminating content from ordinary Ukrainians expressing their resistance and indignation at the invading military troops,” he claimed.

Apple rolling out iOS 15.4 for compatible models with Mask Unlock