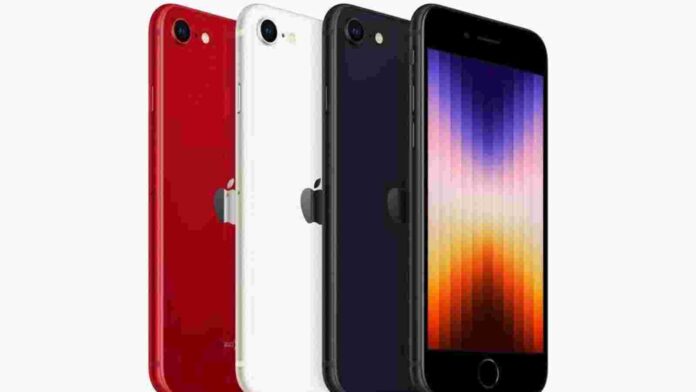 Apple has launched the ‘affordable’ iPhone SE with support for 5G networks in 64GB, 128GB, and 256GB models in midnight, starlight, and (PRODUCT)RED starting at Rs 43900.

“iPhone SE has been an incredibly popular choice with our existing users and for new iPhone customers, thanks to its iconic design, exceptional performance, and affordable price,” Kaiann Drance, Apple’s vice president of Worldwide iPhone Product Marketing said in a statement.

The iPhone SE features a 4.7-inch Retina HD display with a 750×1,334 pixels resolution that brings 326ppi of pixel density and has up to 625 nits of peak brightness. It comes with a single 12MP camera sensor on the back with an f/1.8 wide-angle lens — just like the previous iPhone SE.

The A15 Bionic — introduced with iPhone 13 — is present in iPhone SE. A15 Bionic packs a 6-core CPU, the fastest CPU in a smartphone, with two high-performance cores and four high-efficiency cores, making iPhone SE up to 1.8x faster than iPhone 8.

The 16-core Neural Engine is capable of 15.8 trillion operations per second, enabling faster machine learning computations for third-party applications, as well as unlocking features for iPhone SE like Live Text in the Camera app with iOS 15 and on-device dictation. The iPhone SE (2022) comes with connectivity options including 5G, 4G VoLTE, Wi-Fi 5, Bluetooth v5, GPS/ A-GPS, NFC, and a Lightning port.