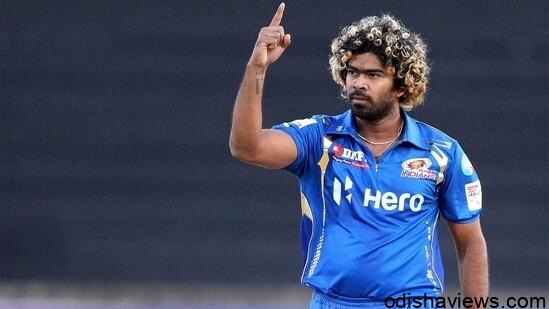 Malinga, the 38-year-old T20 World Cup-winning skipper, will oversee the planning of bowling schemes in the lead-up to and during the season. He has represented Sri Lanka in 340 matches across three formats, taking 546 wickets.

The bowler, who has only ever played for one team in the IPL, the Mumbai Indians, for whom he has 170 wickets in 122 matches, said he is looking forward to establishing new memories with a new franchise.

“It’s an amazing honour for me to return to the IPL and to join Rajasthan Royals, a team that has always promoted and developed young talent,” Malinga said in a statement released by the franchise.

“I’m excited about the pace bowling team we’ve assembled for the competition, and I’m looking forward to assisting all of the fast bowlers with their game plans and general development.” “I’ve had some very wonderful memories in the IPL with Mumbai Indians and now with the Royals, and I’m looking forward to new experiences and making fantastic memories along the way,” he added.

In the meanwhile, Rajasthan has hired Paddy Upton to fill the role of “Team Catalyst.” It will be Upton’s return to the Royals, where he previously served as head coach from 2013 to 2015 and then again in 2019, leading the team to top-four finishes in 2013 and 2015, as well as a Champions League appearance in 2013.

Kumar Sangakkara, who will continue to function as the team’s head coach during the season and as RR’s Director of Cricket outside of it, greeted the two newcomers.

“Lasith is probably one of the greatest T20 fast bowlers of all time, and having a personality like his around the training ground, as well as the experience he brings to the table, is definitely something we feel the team can benefit from,” says the coach. “We have some of the best fast bowlers in the world in our squad, and we are thrilled that they will get the opportunity to work with Lasith and learn and develop,” Sangakkara said.

“It’s the same with Paddy, who has been a fantastic servant to the Royals and has done an outstanding job in developing that camaraderie among players as well as mentally conditioning them.” We think he’ll be an excellent addition to our coaching staff. I’m also looking forward to continuing to work with this new team in my dual capacity as Head Coach during the season and Director of Cricket throughout the year, and I hope that our combined efforts will help us achieve our goal of winning the IPL,” he added.

Trevor Penney (Assistant Coach), Zubin Bharucha (Strategy, Development and Performance Director), and Dishant Yagnik (Fielding Coach) will all remain in their current positions, according to the franchise.