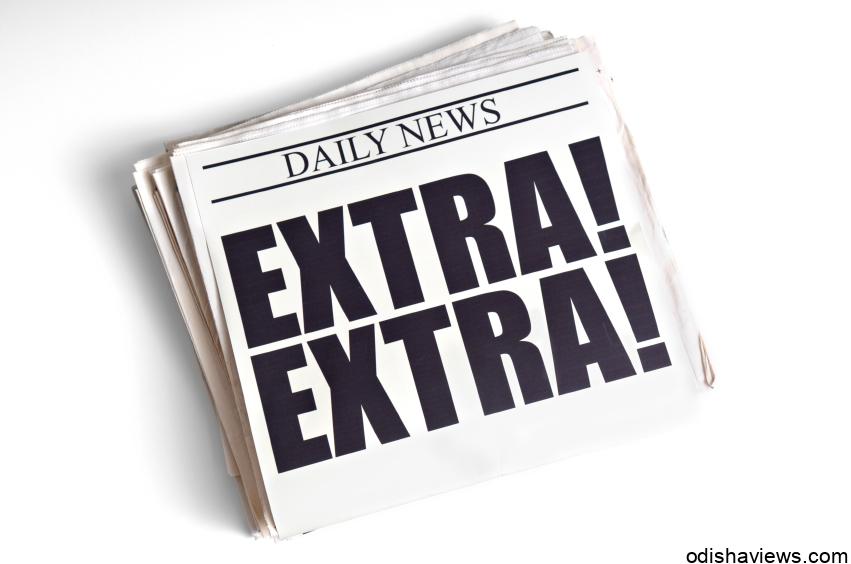 JAGATSINGHPUR Apr 14. One Sarada Prasad Mallick, Havildar working at Tirtol police station died on Sunday wee hours following cardiac arrest, he was 52 and hailing from Atamal village under Tirtol block. Deceased suffered chest pain and fell down in his residence and immediately shifted to headquarters hospital here for treatment where he died on Sunday morning. District Havildar and constable association has expressed condolence over Havildar Mallick’s untimely death. [Ends]

JAGATSINGHPUR Apr 14. Acting on a dowry death complaint Balikuda police on Saturday registered case against 5 persons in Kusapur Panchayat under Balikuda block. Report said that one Sasmita Swain had married Alok Swain four years ago, and the bride’s family had given reasonable dowry during marriage but the in laws family members were dissatisfied and asking Sasmita bringing Rs 50,000 cash from her parents. The new demand had not meet by the Sasmita’s parents so she had come under wrath of in laws family including her husband past one year. Surprisingly Sasmita was found dead on residence on Friday night in mysterious circumstance as result Sasmita’s father Basanta Behera lodged an FIR at Anantapur outpost on Friday stating her daughter had ben killed by bridegroom’s family, as consequence police seized the dead body and sent for post mortem. Meanwhile police have picked up alleged father in law Babaji Swain and registered case against 5 persons involved in the incident and investigation is on to arrest other culprits, police said. [Ends]

JAGATSINGHPUR Apr 14. Paradeep Bandar Sramika Union, a frontal trade union working in Paradeep port town hosted its 29 annual day celebration at employee’s recreation club on Saturday. Hundreds of union members and sympathizers converged at the function where President Ajey Rout and Secretary Sukanta Dalei addressed the gathering who stressed to fight against corruption and liberty for the employees at work place and asked attending members to be united for accomplishing working class rights. Meanwhile the meeting endorsed continuation of both president and secretary for coming years and selected 47 members for union’s new executive body. [Ends]