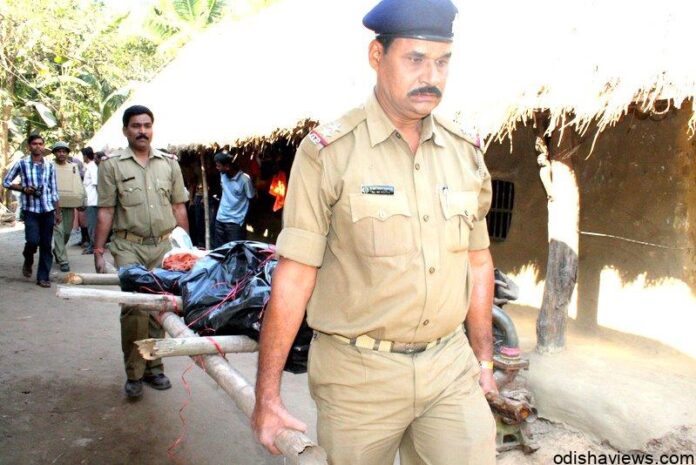 Meanwhile in a major breakthrough police and civil officials reached at Patana village where the Bomb explosion were held on Saturday night  and recovered the bodies and materials as gun powder,  few blades and iron pins used for making the explosive and sent the dead bodies for performing postmortem at Kujanga hospital on Sunday afternoon. A forensic team accompanied by police too had visited the site for a first hand assessment of the situation.

On the other hand blame games had come up between anti Posco opponents and pro project supporters , anti Posco leader Abhya Sahoo described the incident a handiwork planned by administration with support of  pro people to suppress the anti Posco resistance and they thrown bombs to the three anti Posco activists in Patana village and demanded a high level prove by civil society bodies and impartial organization to unveil the truth, he would campaign against the Posco  till his last breath and a protest meeting would be held at Patana Hat on 5 March where leaders from several political parties and anti Posco leaders would be participated on that date , he said. 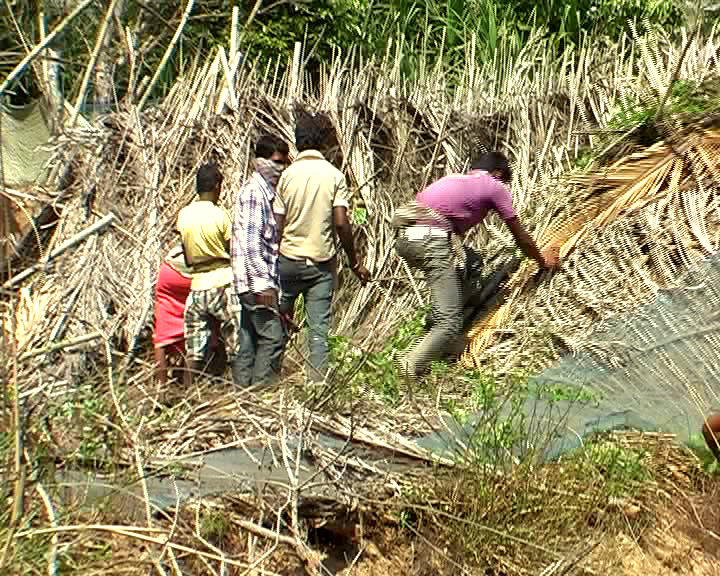 The pro Posco leader of the locality Nirvaya Samantray informed the contemplation of anti Posco activists with regard to the Saturday bomb blast incident is totally imaginary and afterthought, the bombs were being made by anti people at the spot for using against the pro people of Govindapur, moreover against the administration who had decided to resume the land acquisition from Sunday, strangely few of explosive went off and claimed three lives and injured one, he said.

Sources added that amidst the bomb blast incident occurred at Patana village, civil administration resumed the land acquisition on Sunday about three betel veins had demolished and compensations were paid to the veins losers. District collector S K Mallick informed that we had planned to resume the land acquisition from Sunday acting on the decision  we restarted the land acquiring process would be continue few more days, on question being asked about the bomb blast incident collector Mr Mallick said the preliminary investigation indicates that a group of six to eight persons were making the crude bombs behind the residence of one Sura Das at Dhinkia village on Saturday evening accidentally one of the bomb went off as result killed three anti Posco people and injured one who is undergoing treatment at SCB Medical College and Hospital Cuttack, he added.

While it is noted that at least 5 anti Posco persons have been killed including a pro project man till date following Posco clashes, one Dula Mandal was first killed in the year 2008 at Batabelari village near Patana sadly his brother Navin Mandal sacrificed his live on Saturday bomb blast incident occurred at Patana. Another project supporter Duroydhan Swain from Samagola village near Kujanga was came under wrath of anti Posco opponents bomb attack  on 14 December 2011 later succumbed while construction of coastal road connecting Pradeep.