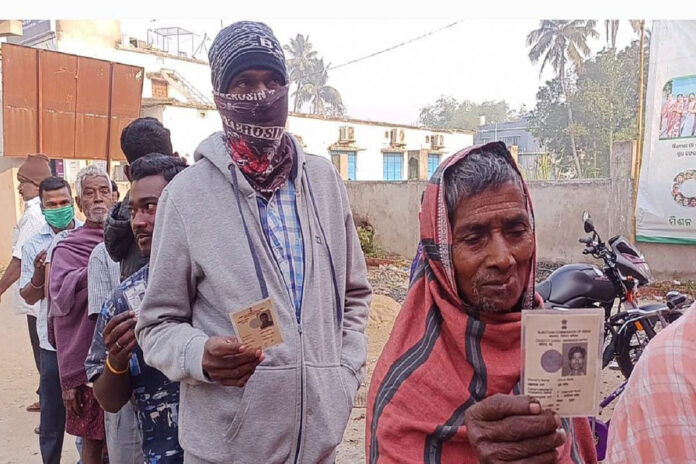 Voting for the first phase of the three-tier panchayat polls in Odisha began at 7 AM on Wednesday amid tight security. Polling continued till 1 PM.

Voting is being done to elect 726 Zilla Parishad candidates in the first phase of the polls.

Reportedly polling was delayed in ward no. 1 in Talanga under Ambaroli panchayat in Bhadrak after the presiding officer brought ballot papers outside the booth.

In another pre-polling incident, foreign liquor worth Rs 10 lakh was seized from the terrace of a bar in Anjar area in Keonjhar. Two persons have been arrested.

225 platoons of police force have been deployed to maintain law and order. More than 37,000 police personnel are supervising security arrangements in booths and sensitive locations.