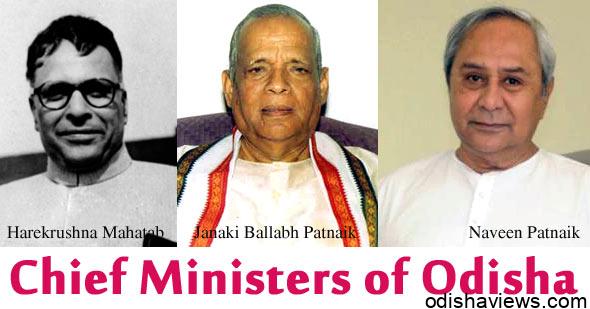 On 1 April 1936, Odisha Province was formed. The King of Paralakhemundi, Maharaja Krishna Chandra Gajapati Narayan Deo was the first Prime Minister of Odisha state from 1 April 1937 to 18 July 1937. Thereafter the All India Congress party leader Biswanath Das took over the charges for two more years. Again the King become Prime Minister of Odisha for the second time from 24 November 1941 to 30 June 1944 before finally handed over to Dr. Harekrushna Mahatab in the year 1946.

After India got its freedom and the constitution was enacted. Till the first election, Dr. Harekrushna Mahatab continued to be the chief minister of Odisha. Since 1946, Odisha has had 14 chief ministers. Serving since 2000, Naveen Patnaik of the Biju Janata Dal is the incumbent chief minister and the longest-serving one in Odisha’s history.

Chief Ministers of Odisha After Indepance

Prime Ministers of Odisha Before Independence