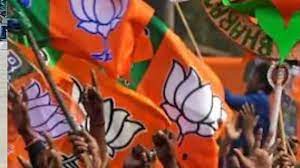 BJP State president Samir Mohanty on Thursday criticized the ruling BJD party for booth rigging and violent activities that erupted during the first phase of the panchayat poll voting yesterday.

Mohanty blamed the BJD for the poll violence at a press conference held at party headquarters today. He questioned and sought answers from BJD president and Chief Minister Naveen Patnaik.

“As many as 13 BJP workers were killed during the last panchayat elections. Later, the ghastly Mahanga double-murder occurred. Now, a man was killed in Bhadrak. But the Chief Minister is yet to have any say on these incidents,” rued Mohanty.

The BJP State Chief questioned the government over the killing of Manguli Jena during the 2019 general elections. He further alleged that incidents of violence and misrule have reached the highest peak during the rule of Naveen Patnaik.

Mohanty alleged that Patnaik has been protecting tainted leaders of the BJD like Pratap Jena, Sushant Singh, Dibya Shankar Mishra, and Sanjay Dasburma, who have been involved in various incidents of violence.

He called upon Naveen to issue a statement for the people of the state, assuring them that the panchayat elections will be held in a free, fair, and impartial manner.