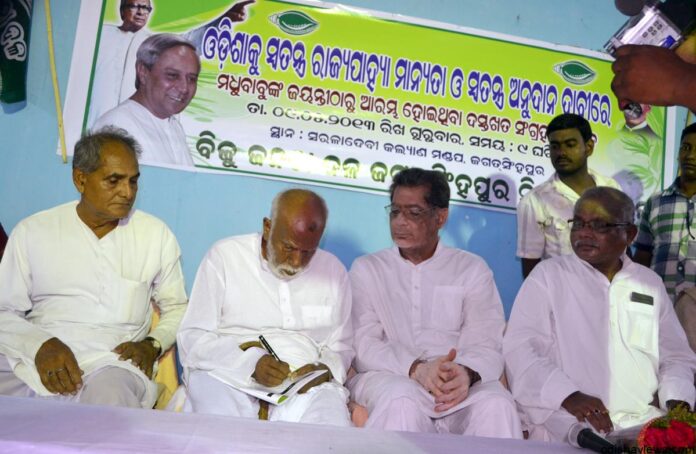 JAGATSINGHPUR May 09. Responding state higher ups instruction Jagatsinghpur district BJD unit began a push to its signature campaign for the special category status for Odisha on Thursday, former minister and senior party leader A U Singhdeo attending as observer inaugurated the programme in two functions held at circuit house here and Biju Bhawan at Biridi block under Tirtol assembly constituency.
Speaking party supporters observer Mr Singhdeo reiterated BJD’s old stance alleging union government’s step motherly attitude for development of Odisha and neglecting the state in every field, as party has decided to apprise President of India in a signature campaign a drive to push for the special category status to Odisha he requested BJD followers to collect the signature from grassroots level. As part of programme we have estimated to collect at least 1500 signatures from each Panchayat and a memorandum corroborating signatures of 1 crore people will be submitted before the first citizen of the country, Mr Singhdeo informed. 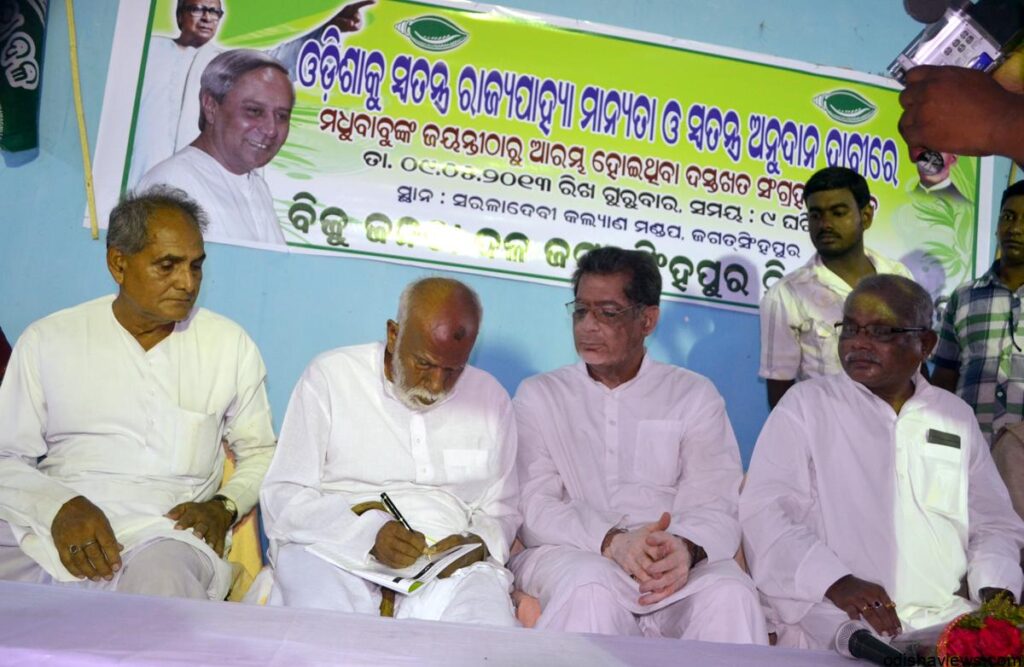