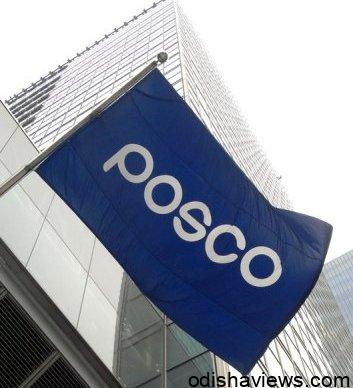 JAGATSINGHPUR Dec 30. At least 9 betel vein losers out of 11 those were sacrificed betel veins for proposed Posco project during the first phase land acquisition held in the year 2007 were distributed compensation on Saturday. Official reports informed that all the betel vein owners were hailing from Nuagaon village identified as Naba Das, Ekadashi Sahoo, Ajaya Bhuyan, Askhya Bhuyan, Natabar Barik, Upendra Bhuyan, Banambar Padihari, Basudev Swain and Nrusingha Nayak, a sum of Rs 13 Lakh 68 thousand and 500 had given to them in presence of special land acquisition officer, Posco official and local pro Posco outfit united action committee members. However special land acquisition officer informed as part of promise had given by district collector during his visit to the proposed Posco site villages on Thursday, 9 victims had given compensation others two would be awarded at earliest, on the other hand special land acquisition officer assured at least 26 people from Govindapur village those had given land during the land acquisition in the year 2010 for Posco project will be given their compensation in the second week of January 2013.  On the flip side anti Posco outfit PPSS has criticized  administration endeavor and said when the fate of Posco yet to be decided by National Green Tribunal distribution of compensation to land losers are illegal, quoted Abhya Sahoo head of PPSS.