30% Turnout Till 11 AM in Odisha Panchayat Polls 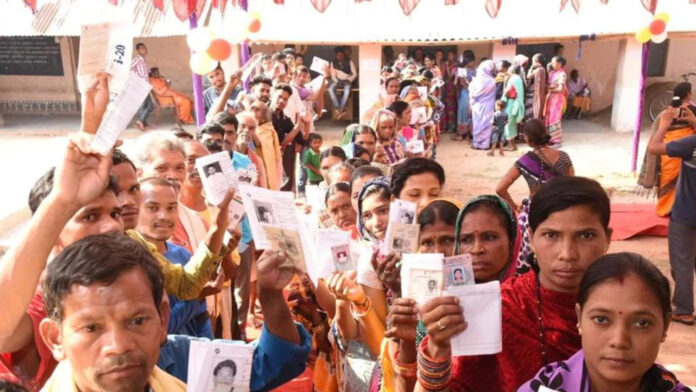 Odisha reported a voter turnout of 30 percent till 11 AM on Wednesday in the first phase of the Panchayat Polls being held in the state, the State Election Commission (SEC) informed. Polling was held from 7 AM to 1 PM.

Polling is taking place in 1,669 panchayats and 22,379 wards across 200 Zilla Parishads in 71 blocks in the first phase. A total of 67.51 lakh voters are expected to vote in the first phase for the election of 726 candidates.

Meanwhile, 225 platoons of police force have been deployed to maintain law and order during the elections.

Hinjili, Seragada, Patnagarh, Mahanga, Junagarh, Aul and Brahmagiri are some key constituencies going to the polls in the first phase. Junagarh will be a key battleground with BJD eyeing to make a comeback after a dismal performance in 2017 when it had won only 1 ZP seat. The BJP had swept the polls with 33 of 36 ZP seats.