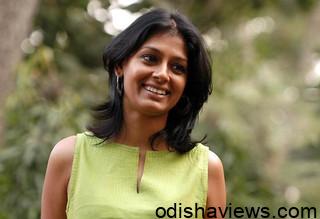 The fabulous actress and director Nandita das who is known for her performance .she is the first the first Indian to be inducted in to their international women’s forums hall of fame.
Nandita das born on 7th november 1969 in new delhi. She is known as daughter of Painter jatin das an odiya karana and a Gujurati jain mother named varsha who is a writer. She went to sardar patel vidyalaya in new delhi.she received her bachlor’s degree in geography from Miranda House at Delhi University and master degree in social work from Delhi School of Social work.
Her acting carrier started with the theater group Jana Natya Mancha. She taught as the Rishi velly school.she is best known for her performance in Deepa Mehta film FIRE. EARTH with Aamir khan BAWANDER (directed by Jagmohan Mundhra) and AMAAR BHUVAN( directed by mrinal sen). Nandita has act act in the film in ten different language that are English,Hindi,Bengali,Malayalam,Tamil,Telugu,Urdu,Marathi,odiya and kannada.
Das writes the children audibook series “under the banyan” and Mahatma Gandhi’s autobiography by Charakha audibook “The story of my experience of truth”. She has also tent her voice children television series “Wonder pet” as the Bengal tiger.
In 2008 she started her directorial debut Firaaq. Firaaq is the work of fiction based on a thousand true stories. It is a film of multiple stories over a 24 hour period. The cast includes Nasseruddin shah,Raghuvir yadav,paresh rawal,deepti naval,sanjay suri,Tisca chopra,Sahana goswami and nowaz….

The film won top at the Asian Film Festival 2008 in singapur where it won the award for Best Film, Screen play,and scriptand also woned the purple orchid award for the best film.This film has also woned award at the international film festival in Greece. It was released in India on 20th march 2009. It has also woned Kara Film Festival. Nandita said that “film gave a voice to somuch remain silent”.

In 2002 Nandita married Soumay Sen. He organise towards making socially concious ad films.the couple divorce in 2009.after that she married Subodh Maskara in 2nd january 2010 and moved to Mumai. Das and maskara had a baby boy named vihaan on 11th Aug 2010.
She currently appointed the chair person of the children’s film society in india and commited to its vision of producing and distributing high quality film for children………